Telling the Truth is Neither Disloyal nor Treasonous 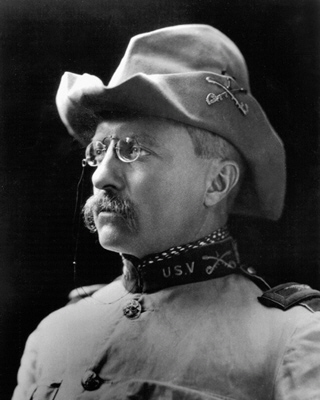 I find it both interesting and troubling to listen to many supporters of President Trump castigate anyone for any criticism offered about the President, sometimes going as far to say that critics are being “unfair,” “disrespectful,”or most disturbing, “disloyal” or “treasonous.” Even the President tweets out those kind of accusations on a whim.

Admittedly some forms of criticism cross boundaries and are personally insulting and disrespectful of the President. In my writings I try, even when being very critical of his policies, words, or actions, to refrain from personal insults that could be considered disrespectful to the President because I am still on active duty.  As my readers know I am a historian as well as an theologian/ethicist and when I do write about the actions of the President and his administration I do so based on careful study and comparison with historical, ethical, or legal precedents. My views are likewise informed by my education and and belief in the principles of the Enlightenment, my belief in human rights as set out in the Preamble of the Declaration of Independence, the U.S. Constitution, and the French Rights of Man and the Citizen, as well as my understanding of the Anglican Christian tradition of “Scripture, Tradition, and Reason” being the foundations of faith.

But it is not disloyal or treasonous to offer criticism of policies, legislative proposals, executive orders, or actions and words of the President or his advisers that could endanger the security of the United States, its citizens, and its alliances, or potentially be unlawful.

Even so I am occasionally criticized for offering historical examples that compare the President and his most ardent supporters in an unfair way, some even calling those disrespectful. I find their double standards and lack of appreciation of irony quite fascinating as most of these people have spent the last eight years or more disparaging and disrespecting President Obama with some of the most racist, vile, contemptible, and false accusations ever made against a sitting President, while at the same time condemning others for simply repeating what the President himself has said.

I found out this week that I had a couple of students criticize some of my teaching at Gettysburg when comparing the anti-immigrant Know Nothings of the 1830s-1850s to current anti-immigrant Trump supporters and some Trump Administration Civil Rights proposals to be a throwback to Jim Crow. That is not insulting nor disrespectful, but simply valid historical criticism, but some Trump supporters are so thin-skinned that they cannot abide any criticism.

Theodore Roosevelt had to defend himself in 1918 from such criticism from the supporters of President Woodrow Wilson. Roosevelt was criticizing the Wilson administration because of how badly he thought they were pursuing the war effort against Germany. For this people were castigating him. People said that newspapers should not print what Roosevelt had to say as well as “He should stand by the President” and “He should be stood before a stone wall and shot.” Roosevelt ended up writing an op-ed in the Kansas City Star in which he noted:

“The President is merely the most important among a large number of public servants. He should be supported or opposed exactly to the degree which is warranted by his good conduct or bad conduct, his efficiency or inefficiency in rendering loyal, able, and disinterested service to the Nation as a whole. Therefore it is absolutely necessary that there should be full liberty to tell the truth about his acts, and this means that it is exactly necessary to blame him when he does wrong as to praise him when he does right. Any other attitude in an American citizen is both base and servile. To announce that there must be no criticism of the President, or that we are to stand by the President, right or wrong, is not only unpatriotic and servile, but is morally treasonable to the American public. Nothing but the truth should be spoken about him or any one else. But it is even more important to tell the truth, pleasant or unpleasant, about him than about any one else.”

This is exactly how I base any criticism I offer of the President, his policies, words, and actions. I heartily agree with the words of Senator Stephen A. Douglas when he battled President James Buchanan over the pro-slavery attempt to have Kansas admitted to the Union as a Slave State in 1858. Douglas said of his encounter with Buchanan: “God forbid,” I said “that I ever surrender my right to differ from a President of the United States for my own choice. I am not a tool of any President!”

Now there is a difference, I am not a Senator or elected Representative, I am an officer and must carry out the orders of the President. However, if I ever come to believe that I cannot in good conscience carry them out, or if I believe that they are un-Constitutional I will retire from the military in order to allow myself the freedom to speak out more openly. General Ludwig Beck resigned as head of the German Army in 1938 over Hitler’s aggression and his plan to attack Czechoslovakia. He noted:

That is my belief as well. So have a great day,

2 responses to “Telling the Truth is Neither Disloyal nor Treasonous ”