Fireworks, PTSD, and Memories of Iraq 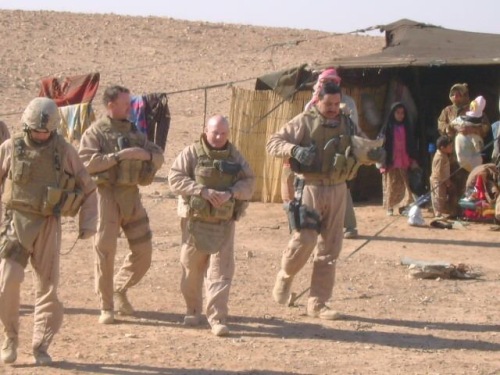 Sorry for the late posting as I did not sleep well last night. Fireworks and explosions tend to trigger my PTSD and send me back to Iraq.

Now we had a great 4th of July spending time with each other and then going over to a small get together at a friend’s house for dinner before the city started shooting off its big fireworks show about a mile from our house. We got home just before it began and even though we were inside we could hear the explosions even as neighbors shot off fireworks around the lake that we live near.

I tend to avoid fireworks but they seemed louder than last night than in the past. Eventually I went to bed planning to get up early and run but my sleep was rather awful with a lot of Iraq memories intruding into it. When I got up this morning I realized that I hadn’t posted what I had originally written for today, and then had the realization that it was 10 years ago today that I got on a bus to Fort Jackson, South Carolina to begin my journey to Iraq.

That was startling and maybe my unconscious mind was more aware of it than I realized.

The war and memories of it are still very real to me and as I read about what is going on in Iraq, Syria, and North Korea, those memories become more inflamed as I worry that many more of my brothers and sisters, could soon be in harm’s way. U.S. Army General and hero of the Battle of Gettysburg, Gouverneur Warren wrote to his wife after the Civil War was over, words which I understand more than I ever wanted:

“I wish I did not dream that much. They make me sometimes dread to go to sleep. Scenes from the war, are so constantly recalled, with bitter feelings I wish to never experience again. Lies, vanity, treachery, and carnage.”

So anyway, until tomorrow,