The Divine Wind at Leyte Gulf: Kamikazes Enter the War

USS St Lo exploding after being hit by a Kamikaze

Again I am taking some time off the Presidential campaign and am posting some articles on the Battle of Leyte Gulf. This deals with the first use of Kamikaze aircraft whose pilots would attempt to dive into Allied warships, committing suicide rather than attempting to bomb a ship and return home.

In an age where suicide bombers and attackers do such things it is important to remember that this is not new. I hope you enjoy.

“In my opinion, there is only one way of assuring that our meager strength will be effective to a maximum degree. That is to organize suicide attack units composed of A6M Zero fighters armed with 250-kilogram bombs, with each plane to crash-dive into an enemy carrier…” Admiral Takijirō Ōnishi

It was a tactic born of desperation but one that fit in well with the philosophy of Bushido. After the Battle of the Philippine Sea, the “Marianas Turkey Shoot” in June 1944 and the slaughter of land based Japanese Naval and Army air forces based in Formosa in September of that year Japanese leaders began to look to a tactics born of desperation but which fit their Bushido based ethos of sacrifice. 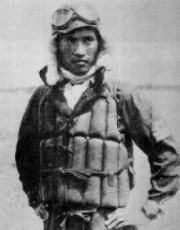 When the American forces invaded the Philippines Admiral Takijirō Ōnishi was commander of the First Air Fleet based in the Northern Philippines. He was not a fan of Kamikaze tactics and viewed them as heresy. However after the slaughter of the reconstituted Naval Air Force at the Battle of the Philippine Sea he reluctantly changed his mind. I say reluctantly based on his previous views and because after he committed ritual suicide following the Japanese surrender he apologized to the estimated 4000 pilots that he sent to their death and their families.

But in October 1944 with Japan reeling from defeats in the Pacific and its supply route for oil and other raw materials threatened desperation was the order of the day.

The 201st Navy Flying Corps based out of Clark Field near Manila was the major land based Japanese Naval Air Force unit in the Philippines. Among its pilots was a young Naval Officer and Aviator named Lt. Yukio Seki. Seki was a graduate of the Japanese Naval Academy at Eta Jima and was recently married. He was not an ideologue or believer in suicide attacks. When questioned by a reporter before his squadron launched the first Kamikaze attacks he remarked to Masashi Onoda, a War Correspondent :“Japan’s future is bleak if it is forced to kill one of its best pilots. I am not going on this mission for the Emperor or for the Empire… I am going because I was ordered to!”

On October 25th 1944 Seki led his group of 5 A6M2-5 Zero fighters, each carrying a 550 pound bomb took off and attacked the Escort Carriers of Rear Admiral Clifton Sprague’s “Taffy-3.” The five pilots all died in their attacks but two damaged the USS Kalinin Bay and USS Kitkun Bay while two aircraft, one believed to be Seki’s hit the USS St Lo causing mortal damage which sank that ship in less than half an hour with the loss of over 140 sailors.

The attacks of Seki’s small squadron were a harbinger of what was to come. Over the next 10 months over 4000 Japanese pilots would die in Kamikaze attacks against US Navy and Allied Naval units. Numbers of ships destroyed or damaged by Kamikazes are debated by some historians believe that 70 US and Allied ships were sunk or damaged beyond repair and close to 300 more damaged. 2525 Imperial Japanese Navy pilots and 1387 Imperial Army pilots died in Kamikaze attacks killing almost 5000 sailors and wounding over 5000 more. 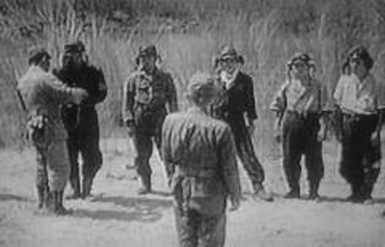 Admiral Ōnishi who made the decision to make Kamikazes a part of Japan’s offensive strategy in 1944 appeared to regret that decision. In his suicide note he urged young Japanese to rebuild the country and seek peace with all people and offered his death a penance for the nearly 4000 pilots he sent to their deaths. Accordingly when he committed ritual suicide (seppuku) he did so alone, with a second to finish the job and died over 15 hours after disemboweling himself.

The Kamikaze campaign did not alter the course of the war, but it did introduce a new dimension of terror and misguided sacrifice. I do pray that one day war will be no more and that even though I expect war to remain part of our world until longer after my death  that nations, peoples or revolutionary groups will no longer send their best and brightest to certain death.