Charité at War and the Nazi Doctors 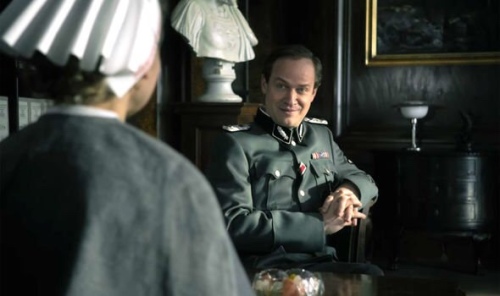 In my studies of the Third Reich and the Holocaust I have read a number of volumes dealing with Nazi medicine, eugenics, human experimentation, and the murder of those deemed “life unworthy of life.” I recently finished The Nazi Doctors and the Nuremberg Code: Human Rights in Human Experimentation, edited by George Annas and Michael Gordon, and previously read The Nazi Doctors by Robert J. Lifton, The Nazi War on Cancer, by Robert Proctor, the Nuremberg transcripts of the Doctors Trial, Hitler’s American Model: the United States and the Making Of Nazi Race Law, by James Whitman, The Nazi Connection: Eugenics, American Racism, and German National Socialism by Stefan Kühl and visits to Dachau, Buchenwald, and the Hadamar T-4 Euthanasia Center.

In my career I have served as a member, or the head of ethics committees at major civilian and military medical centers. As such I have also had to read and study much about medicine, disease, and medical ethics. Much of my hospital time was done in ICUs and dealing with end of life matters, consulting with physicians and nursing staff. So I don’t take the subjects involved lightly, and I found the German television series Charité at War, which is available on Netflix to be fascinating.

My life has been deeply involved with history, Ministry, Medicine, and Ethics for decades. The series which is set in Berlin’s Charité hospital, a leading research center and major medical center is so interesting. It shows how even the most decent and idealistic people can be compromised in a medical system of an authoritarian and racist state.

The characters in the series are all based on real people. They are not composites, or factionalized versions. They include the true believers like SS Colonel and Psychiatrist Max de Crinis, who helped write the euthanasia laws of the Reich and used his position as Professor Of Psychiatry at Charité to turn wounded soldiers over to Court Martial as deserters, and to persecute homosexuals. He took cyanide to escape capture by the Soviets. Then there was Doctor and Professor Ferdinand der Sauerbruch, Professor Of Surgery at Charité who walked a thin line but publicly opposed the T-4 Euthanasia program and attempted to protect members of the German resistance. Sauerbach remained at the hospital treating patients until the Red Army captured it. He was known for his work with, tuberculosis, prosthetics, and the diagnosis of Graves Disease. He died in 1951. Then there was Professor Artur Waldhäusen, a pediatrician who became head of pediatrics at Charité who attempted to have his own daughter sent to a Euthanasia center, only to be found out by his wife who saved her daughter with the help of her brother. But of all the characters was the nurse Christel, who was so devoted to the Nazi message that she turned over nurses, physicians, and patients who she deemed traitorous to Professor de Crinis and the Gestapo, including Hans Dohnanyi, Brother in law of Dietrich Bonhoeffer.

The series is interesting because it shows ordinary people, even brilliant people can compromise their ethics and reputations serving an unjust regime. Some of these medical professionals were completely utilitarian in their ethics and had no empathy for those that they treated or sent to their deaths. Sadly, they are no different from people today. Bureaucrats, Physicians, Nurses, and yes even ministers can surrender their ethics, faith, and simple human decency, even those who claim to be Pro-life to serve regimes which are bent on the extermination of life unworthy of life and those that they consider to be subhuman.

The series Charité at War is as brilliant as it is disturbing. I recommend it highly.

P.S. We had a wonderful anniversary. Thank you for all the kind words.