History, Biography, and Organizing my Library at Home 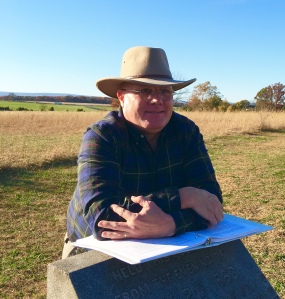 Today has been a very difficult day where I worked in the house, the storage space, and. helped Judy and some of her friends break down their wares at the end of a craft show. This evening I did some more work organizing books in my library here at home. This week while doing my transfer I also caught up with some reading since my orders didn’t actually show up until late Wednesday. I read Mark Rosen’s “The Wannsee Conference and the Final Solution: a Reconsideration”; “The Participants: the Men of the Wannsee Conference” edited by Hans Christian Jasch and Christopher Kreutzmuller; finished reading “Our Declaration: a Reading of the Declaration of Independence in Defense of Equality” by Danielle Allen; and began reading Stefan Kühls “The Nazi Connection: Eugenics, American Racism, and German National Socialism.” While browsing my books I pulled out “Hidden Horrors: Japanese War Crimes in World War II” by Yuki Tanaka.

In like of what I have been doing I am reposting an edited and expanded version of an older article emphasizing the connection between history and biography. This is something I try to do when I write. Tomorrow, I start my check-in process after having signed in to my new command, before they send me to Norfolk Naval Shipyard in Portsmouth.

English historian and military theorist Colin Gray noted that “people matter most” when we deal with history, policy, or politics, but especially in the matter of war.

I think one of the sad things about history is that many authors, especially in military history, but other areas as well, seem to treat the participants as bit players in a series of events, rather than a prism from which to understand and view history.

I cannot tell you how many times I have had students, and even colleagues tell me that history is dry, boring and uninteresting to them. I will not condemn them, for certainly if it is that is case, it is not their fault, but rather those who write and teach history. If all history is, is arbitrary dates, lists of disconnected events and names of people, without any context to their lives, why should they care about it?

When I first began to study history I was much more concerned about events than people. However, over the past couple of years I have began to develop what I call my philosophy of history. That has come about through my study of the events leading to the American Civil War and in particular my study of the Battle of Gettysburg, but also in other historical events such as the Arab Revolt of 1917,  the French adventures in Indochina and Algeria, and the Holocaust.

In doing all of my research I have read a large number of books, articles and primary sources on these subjects and my personal library appears to be growing at an exponential rate. I have noticed that much of what I have read deals very little with the people involved, unless I am reading a biography, and even some of the biographies seem to be event heavy, and person light and sometimes it seems that the subjects of the biography are often one dimensional, and almost caricatures of who they really were. Some of the alleged biographies that I read would be better described as hagiography, to make the subjects appear saintlike, the type of writing used by religious writers to make saints a lot less human. There are others who go to the opposite extreme and do all they can to demonize their subject. In either case the method is less than honest, but for many people, profit and propaganda value mean more than truth. Of course either type of writing appeals to the masses who do not care about nuance, or for that matter truth.

But such is not history. Neither are “histories” which are designed to support a particular ideology, be it political, religious, or economic. Such works are not history, but propaganda. When I see people, in this country forbidding the teaching of history because it is not patriotic enough I want to scream. It is like I am watching the propagandists of Stalin’s Soviet Union, Hitler’s Third Reich, or any of many other nations that used ideology or religion to supress history that didn’t meet their definition of “patriotic.” But then I digress…

My gut feeling says that such artificial divisions between history and biography do a disservice to the reader. I take a tremendous pleasure in writing, and I like to try to communicate and interpret facts, which is indeed the vocation of the historian, in a manner that makes them interesting. What I am finding is that when telling the stories of events we must also tell the stories of the people who make these events.

Without such a connection there is little to interest most readers. People tend to be interested in people because there is a connection. The human being is still the human being, no matter what age, country, culture, religion that they belong to. I learned a lot of this from reading the works of Barbara Tuchman who in her writings about events, never forgot importance of people, and refused to turn them in to one dimensional caricatures.

In my writing now I attempt to bring the prism of the biography into the events that I write about.

I had a fellow faculty member note that he liked what I wrote about Gettysburg because it was more than just the events, it was the personal connection he felt to the people.

People matter because they have so many layers. I guess one of the things that makes my writing approach a bit different is that while I am a historian, I am also trained in philosophy, pastoral care and psychology, all of which deal with existential matters.In the next few days you will be seeing some of my Gettysburg work, and hopefully as you read it you will notice that I attempt to find that nuance in the various men, on both sides of the conflict, who are part of the story.

I found that the complexities and contradictions of the subjects of history, the people help me understand the events more than anything. I think my epiphanies came in reading about the lives, as well at writings of men like T.E. Lawrence and Gouvereur Warren whose triumphs, struggles, weaknesses and injuries mirror my own. In learning about these men as people, in the context of what they accomplished helps me to understand their history and the era that they lived far more than simply recounting how they influenced a battle.

Likewise, I find that the lives, beliefs, motivations, relationships, and experiences of people to be paramount to understanding events. People are complex, multi-layers and often contradictory. All of my heroes all have feet of clay, which in a sense makes their stories even richer, and the events that they helped bring about more fascinating, because then I gain a holistic perspective and develop an empathy for them. Even good and honorable people who find themselves due to race, religion, or nationality fighting for an evil cause, or evil people fighting for a good cause. Both are troubling, I think that good and honorable men who submit themselves to criminal and evil causes are more troubling.

We are seeing much of that today in regard to various members of the Trump Administration. When I was reading the article on Friedrich Kritzinger, the State Secretary for the Reich Chancellery, a conservative Prussian Civil Servant who served under the Kaiser, the Weimar Republic and Nazi Germany. In his position he made sure that the bureaucracy of the Reich ran efficiently, and also wrote legal justifications for the absorption of the rump of Czechoslovakia, and western Poland into the Reich. He also took part in the Wannsee Conference, for which he was the only participant to express remorse. Stefan Paul-Jacobs and Lore Kleiber, wrote about him in The Participants:

“Justice being taken away, then, what are kingdoms but great robberies?” (St. Augustine). This might not be a quote from Kritzinger, but it serves as a reminder that, by working as a lawyer for a regime, which he has known from the start to be criminal, he made himself a stooge.” (The Participants p.217”)

The story of Kritzinger, is very pertinent for anyone trapped by ideological or religious constraints, or commitment to a leader that they know is corrupt, acting criminally, or undermining the law and Constitution. That may confuse or even offend you, but it is a part of the human condition. That my friends is history.

Barbara Tuchman noted “that if the historian needs to submit himself to his or her material instead of trying to impose himself on his material, then the material will ultimately speak to him and supply the answers.”

I know that I can find connections in the strengths as well as their weaknesses of people that I admire. Thus when I see ordinary people taking part in events, for good or for evil,I can say that given the same set of circumstances that that could be me. Context matters, nuance matters, people matter. If we do not understand that, history becomes nothing more than a set of manipulated facts, devoid of context that can be used to buttress the most evil intentions.

I do plan on developing these thoughts over the coming weeks and months, but for now it will suffice to say that when I write about history, that people matter. That is why I write.