Wannsee at 78 Years: Monsters do Exist 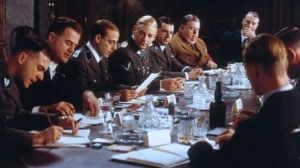 Last night I wrote about the Wannsee Conference yesterday. The references were more from films based on history than documents themselves. This is different, it uses the words of perpetrators, victims, and bystanders to deal with the conference at the Villa overlooking the lake in the south Berlin district of Wannsee.

Seventy-eight years ago today a group of 15 relatively common men of various German government, police, and party agencies sat around a table and discussed the implementation of what is called the Final Solution. The meeting was chaired by SS Lieutenant General Reinhard Heydrich, who had been charged with the task of solving Germany’s “Jewish Problem” shortly after the German invasion of the Soviet Union. Hermann Goering, the number two man in the Nazi Reich sent Heydrich the following message: 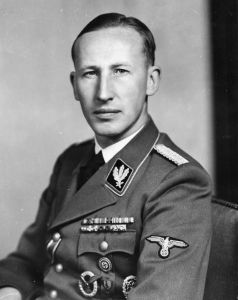 When Goering wrote Heydrich, the head of the Reichssiecherhiethauptampt (RSHA) or Reich Security Main Office, in July 1941 it seemed that Nazi victory in Europe was all but assured. Goering’s words were businesslike. Early measures taken by Heydrich to rid Germany and annexed Austria had been reasonably successful to rid those areas of their Jews through emigration and evacuation. These were not benign measures, people were forced to leave their homes, businesses, communities, and had most of their belongings taken from them in order to leave the Reich, and subjected to much violence and segregation.

However with the occupation of most of Europe following the Nazi military success and the looming occupation and subjugation of the Soviet Union the process of giving the Jews a chance to emigrate to lands outside Nazi control had come to an end. In fact the Nazis occupied the countries that may Jews had found refuge.

Less than six months after he received the directive from Goering, on January 20th 1942 Heydrich summoned representatives from various Reich agencies were called for what turned out to be a brief, two hour meeting which decided the fate of the Jews. The meeting was originally scheduled for early December 1941, but the combination of the Soviet counteroffensive at Moscow and the German declaration of war against the United States following the Japanese attack on Pearl Harbor, but was deflated for just over a month until the situation on the Eastern Front had been stabilized. 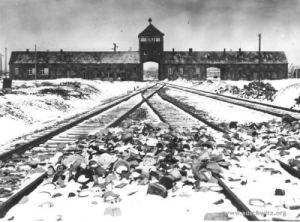 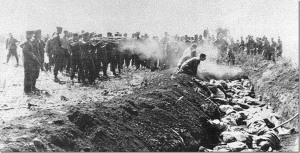 Before the Conference took place, four Einsatzgruppen followed each of the German Army Groups and systematically began to massacre the Jews of every city and village which German soldiers captured. The Einsatzgruppen, Ordungspolizei battalions, Army Security Divisions and locally recruited units in fewer than six months, killed over a million and a half Soviet Jews, and the slaughter would continue unabated until the dying days of the Reich. One of the participants at the conference, the SS Major and commander of Einsatzkommando in Latvia, had been in charge of exterminating over 30,000 Jews, before the meeting was organized.

When the Nazis began their attack into the Soviet Union, Heinrich Himmler, Heydrich’s friend and superior told a gathering of senior SS leaders: 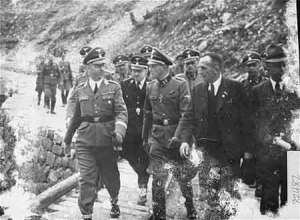 The truly terrifying thing about the Nazi perpetrators of the Holocaust to me is that most of the men at Wannsee; as well as the men that commanded the Concentration camps and the Einsatzgruppen were very ordinary men who simply believed that they were doing their jobs.

They are all a very fascinating group of men to study. Very few could be described as psychopathic killers by nature. They were lawyers, doctors, career police officials, businessmen, and bureaucrats who carried out an extermination campaign that killed by their own numbers between 5.5 and 6 million Jews, not to mention others deemed to be subhuman including the handicapped, the mentally ill, homosexuals, and other non-Jewish minorities like the Gypsies not to mention the wide variety of those considered political enemies. But it was the Jews that bore the most tragic fate. 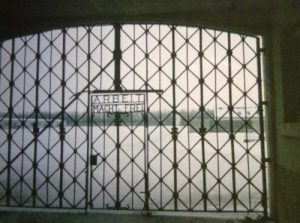 It is something that we must never forget.When it comes to Wannsee, the men there had few qualms about what they were doing. Most of those who opposed Heydrich did so because he was centralizing the power of action against the Jews in his Reich Main Security Office (RSHA) and subordinating the the other Reich ministries to it. But by the end of the conference all of the participants had agreed to Heydrich’s terms. Some did what they could afterwards to use their Bureaucratic abilities to prevent some of the protocols from being fully implemented, while others did all they could to implement it.

After the war it meant the difference between life and death for the attendees, except Heydrich who was killed by Czech partisans a few months after the Wannsee Conference, SS Major Rudolph Lange, who died fighting the Red Army toward, the end of the war, Martin Luther Unter Staatssekretär of the Foreign ministry who died of a heart attack, in a concentration camp after opposing Foreign Minister Joachim von Ribbentrop in 1945; Roland Freisler who represented the Ministry of Justice who died in early 1945 during a bombing attack on Berlin while serving as the head of Hitler’s extrajudicial People’s Court, and Gauleiter and Staatssekretär Alfred Meyer who committed suicide near the Weser River in May 1945. A few of the rest received the death penalty, but most received relatively brief prison sentences, and some lived to old age. In the end, only one, Friedrich Kritzinger showed remorse for his and his country’s actions during Nazi rule.

One man of fifteen. I wonder if the same ratio applies to the officials of the governments of evil, repressive, authoritarian regimes. Possibly even the one emerging in the United States.

I will leave it at that.

One response to “Wannsee at 78 Years: Monsters do Exist”