2020: Time For Reading, Reflecting, Writing, and Action to Help our Neighbors

Welcome to 2019. I know, we’re all still a bit hung over from last night, but welcome to the New Year. Admittedly it doesn’t yet feel a lot different than 2018, but I really expect that 2019 will mark an epochal change in our history. Since I wrote about that yesterday I won’t go back for more.

That being said there is one resolution that I think that all people, the great and the small, should do, and that is not to cry boo who, but read like our lives depended on it, which in a sense they do. By reading, I don’t mean just the news, commentary, or opinion sections of print or online news services, but get real books, especially works of history, biography, philosophy, and the classics.

“Books are the carriers of civilization. Without books, history is silent, literature dumb, science crippled, thought and speculation at a standstill. Without books, the development of civilization would have been impossible. They are engines of change (as the poet said), windows on the world and lighthouses erected in the sea of time. They are companions, teachers, magicians, bankers of the treasures of the mind. Books are humanity in print.”

Likewise, the French philosopher Voltaire hit the nail on the head when he said:

“Despite the enormous quantity of books, how few people read! And if one reads profitably, one would realize how much stupid stuff the vulgar herd is content to swallow every day.”

That my friends is fact. If you want to be able to better distinguish fact from fake, read.

Last year I committed to read more, even as I stayed current on the news, analysis of it, and commentary, even as I continued to write. My office at work is crammed with books, as is much of our home. I think that we follow well the advice of Dr. Seuss who wrote:

“Fill your house with stacks of books, in all the crannies and all the nooks.”

So I read, and I read, until my eyes they turned red. I read with those eyes that had turned red, in bed and even in the head.

I read as I eat, and eat as I read, because somewhere in my soul I have this great need, which I ever did cede I would be a great deal poorer indeed.

The pages they turned and as my eyes burned I knew I could never be through so long as my fingers don’t turn blue. I read and read with voices sounding through my head I, but I will not stress even though I digress…

I continually read and I try to update my readers on the latest series of books that I have read and every few months try to let my readers know what I have been up to in my Reading Rainbow.

Since I have tried to keep my readers up with throughout the year I will concentrate on my most recent reads of the past few months. As usual many deal with human behavior in war, particularly in regard to to war crimes; perpetrators, victims, and bystanders. Most of my study of this field have focused on the Nazi Regime, its crimes, and the justice handed out to it, as well as American Slavery and racism. I have also read about crimes that Europeans enacted in their colonies, the Americans in the American West, Mexico, has Vietnam, Iraq, and Afghanistan, the Balkan wars of the 1990s, the Armenian genocide, and the Rwandan genocide.

But one of my readers challenged me to look at the war crimes of the Japanese War Crimes in Asia. I have written about the Rape of Nanking, writing about it specifically and also in more generic articles about human nature, conduct, and genocide. But, other than that at some cursory reads about how the Japanese treated POWs, conquered people’s, and units such as Unit 731; but those were all wave top looks, I never took the deep dive until after we got back from Germany in October. 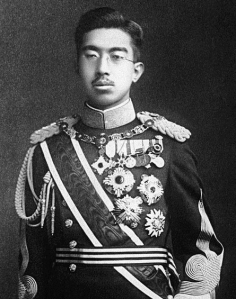 Since then I have made the deep dive. It has opened my eyes to myths that I believed about Emperor Hirohito and the actions of of his government, and those of the supposedly honorable Imperial Japanese Navy, whose war crimes at sea and ashore rate their own article. In fact one of the books I read was Slaughter at Sea: The Story of Japan’s Naval War Crimes by Mark Felton.

Likewise, I learned of the American complicity at the highest levels in rigging the Tokyo trials to ensure that the Emperor, the bankers, business leaders, most politicians, civil servants, police officials and organizations, the members of Unit 731, which was involved in biological warfare and human experimentation similar to that of the Nazis. This is well documented in Robert P. Bix’s Pulitzer Prize winning biography Hirohito and the Making of Modern Japan and The Other Nuremberg: the Untold Story of the Tokyo War Crimes Trials by Arnold Brackman.

Both books, in excoriating detail not only deal with the Japanese War Crimes and criminals, but deal with the inclusion of the actions of President Truman and General MacArthur to protect certain war criminals, including the Emperor, and deflect responsibility to others such as General and Prime Minister Tojo. The Tokyo Trials took more than twice the time of the Nuremberg Trials, and allowed most of the highest order of war criminals to go free, while unlike Nuremberg exempting lower order war criminals and functionaries off the hook, because of the Cold War. That too, is another article.

I also read Lord Russell of Liverpool’s classic The Knights of Bushido: a Short (Over 300 pages) History of Japanese War Crimes and Showa: Chronicles of a Fallen God by Paul-Yanic Lequerre, another biography of Hirohito. I also re-read War Without Mercy: Race and Power in the Pacific War by John Dower, as well as John Toland’s Rising Sun: the Decline and Fall of the Japanese Empire 1936-1945; Infamy: Pearl Harbor and its Aftermath; and But Not In Shame: The Six Months After Pearl Harbor, as well as Max Hastings Retribution: The Battle for Japan 1944-1945. Then I re-read Iris Chang’s The Rape of Nanking and The Nanking Massacre: History Of China, Japan, and the Events Surrounding the Nanking Massacre by Mukuro Mori. Finally, For the first time I read Japan’s Infamous Unit 731: Firsthand Accounts of Japan’s Wartime Human Experimentation Program by Hal Gold.

All of these first or second time reads added a dimension to the Japanese atrocities that I had managed to cover with Cold War ideology and the myth that Emperor Hirohito was simply a figurehead leader with no responsibility for the war. He knew of the plans of his Army, he studied them, and criticized his military, but he always, even when military and civilian advisers urged him to seek peace, and that went on even after the atomic bombs were dropped. I’ll deal with that in another article.

I also re-read some of my Nazi War Crime books, but I won’t list them here and now. Likewise I have a good number of books to read in the coming weeks and months. As far as my writing I plan on blogging about the aspects of the Japanese War crimes and American complicity to cover them up after the war, as well as the book I started working on last year Lest We Forget: Walk, Remember, Bear Witness; Bearing Witness as the Last Witnesses to the Holocaust Pass Away.

So, I think that is enough for the day. However, our New Year’s Eve was nice. We went to our favorite German Restaurant for dinner, then went home, spent time with our dogs and binged watched episodes of Star Trek Deep Space Nine until about a half an hour before the new year, then we switched to CNN and Anderson Cooper counting down to 2020 in New York. We toasted with a German Rose Sekt (Champagne), stayed up a while longer then went to bed. We got up late, Judy and the dogs watched the Rose Parade, while between doing laundry and taking naps I spent the day until we went out to dinner at our favorite Mexican restaurant came home, and then help our next door neighbor who had collapsed on her porch from low blood sugar. Thanks to the prompt work of the EMS and our neighbor Larry she was able to treated in the ambulance. Judy and I helped with her dogs, and Judy helped her when the EMS released her and didn’t take her to the hospital once they got her blood sugar to a normal range. She stayed with her until she got her insulin and we will make sure she will be okay today. We care about our neighbors.