When Certain Unalienable Rights Conflict: Life and Its Sanctity vs. Freedom and the Pursuit of Happiness 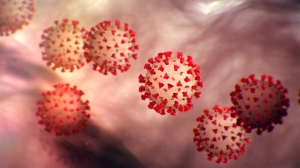 When Thomas Jefferson wrote, and members of the Continental Congress edited and published the Declaration of Independence they included this in the preface:

“We hold these truths to be self-evident, that all men are created equal, that they are endowed by their Creator with certain unalienable Rights, that among these are Life, Liberty and the pursuit of Happiness.”

Today we now have a situation that is not unknown in the history of the United States, where the right to life is threatened by people exercising their freedom and insisting on their pursuit of happiness. Since the United States became independent the country has known many bacteriological, and virological epidemics, and pandemics. They include Yellow Fever, Dengue Fever, Tuberculosis, Polio, Diphtheria, Measles, Rubella, Smallpox, Anthrax, the Great Influenza (Spanish Flu or H1N1), the Asian Flu of 1958 (H2N2), the Honk Kong Flun of 1968 (H2N3), HIV/AIDS, Ebola, the 2008-2009 H1N1, and the most recent that we are living through today, the novel Coronavirus 19, or COVID 19.

In each case local governments were forced to make choices that balanced these conflicting unalienable rights. In most of the early outbreaks, epidemics, and pandemics the onus was on the local governments to act in the best interests of their people. But of course that was well before hundreds of thousands of people were making daily intercontinental airplane flights, and millions more making interstate or non-intercontinental, yet international flights. Likewise, the scientists, physicians, and government officials during the pandemics of earlier times had at best delayed access to information, lacked our technology, and typically saw such events through the lens of local experience, unless they were members of the international medical community who studied in other countries, and built relationships with others like them around the world.

The best practices those pioneers tried to convince government officials of, until effective vaccines and treatments were developed, included what we now call social distancing and personal protective equipment, such as face masks. They also recommended shutdowns of mass gatherings, the shutdown of non-essential business, facilities, and even religious services. In some cases local and state governments took their advice. During the 1918-1919 Great Influenza, President Wilson made no comment on it, even before the stroke that kept him from actually being the Chief Executive, as a result, Federal agencies were not able to coordinate a national response to a national and international pandemic which by tha time it was over had killed between 20 and 50 million people around the world and some 660,000 in the United States.

However, the Supreme Court ruled in Jacobson vs. Massachusetts in 1905 that local and state governments did have the right to exercise their power to order people to obey vaccination, and other public health laws. Likewise there is the precarious balance between the rights of the community versus the rights of individuals during a public health emergency which are too numerous, detailed, and sometimes conflicting that I cannot deal with them in this rather brief article. That being said I hold to the right to life, above absolute liberty or the pursuit of our own gratuitous happiness.

I live in one of the strongest, if not the most heavily Republican dominated cities in Virginia. Last year a lone gunman killed and wounded dozens of our citizens at the Virginia Beach Government Center, yet under a year later the city declared itself to be a Second Amendment Sanctuary City, in effect the city surrendered itself to people who believe that their rights to bear the most lethal weapons possible and more important than the lives of government employees health care workers, first responders, and the police and sheriff’s departments, or other public institutions, their customers, and the general public are endangered.

In our local area, Judy and I saw large numbers of white people, who include people with college degrees, active duty, retired, or military veterans, and others who should know better based on the education and practical experience, to follow public health regulations completely disregard them at the Target store at the Virginia Beach Pembroke Mall, near the upscale Town Center area, and the Kroger Super Store on Holland Road go into the store without masking, or taking any care to practice any form of social distancing. Instead they crowded in disregarding all medical and public health recommended advice. Likewise, many employees who are now required to wear face masks either left their noses uncovered or wore their masks around their necks. It was a clear failure of local managers to implement corporate policy to safeguard the lives of their employees and customers.

This is not about the restriction of individual liberty but rather the exaltation of individual responsible and freedom to sacrifice momentary indulgences for the heath, safety, and life of their neighbors. Sadly, I saw little of that. If the only people endangering their lives were those arrogant and ignorant enough to care about the lives of their neighbors, I would simply say that they deserved whatever punishment Darwin awards them. However, it is about all of those other people who through no fault of their own are exposed to, become infected by, and either get sick or die, because of their selfish,  indulgent, and narcissistic sociopathic behavior. Their actions prove that Trump’s sociopathic lack of empathy has tricked down into the lives and actions of people who once prized personal responsibility and adherence to the rule of law, at whatever level. I was reminded of the words of the late Eric Hoffer:

“The hardest thing to cope with is not selfishness or vanity or deceitfulness, but sheer stupidity.”

These actions are not the actions of responsible citizens, but the selfish, irresponsible, sociopathic views, and lack of empathy of the members of the Trump Cult, who as shown by their armed protests at various state capitals have no respect for law, local government, or responsibility to fellow citizens; even when the President encourages them to break the rules and recommendations of his own administration.

Call my views whatever you want, but please don’t call them politically motivated. President George W. Bush who I voted for twice, but lost complete trust in him and the GOP after returning from Iraq in 2018,  warned about such a pandemic and what would be necessary to combat it when I was in Iraq, as well as the scientists, epidemiologists, and virologists of the CDC and other Federal agencies under Republican and Democratic administrations since have advocated. Instead the Trump Administration cut the funding for and existence of overseas branches of the CDC in China and other countries that could have given early warnings about COVID 19 were eliminated. Intelligence reports from December 2019 and on were ignored by the President and his closest advisers, until the stock markets crashed at the beginning of March 2020. Then after a long period of denials, delays, minimization of a real pandemic, blaming others, and then saying they are not responsible for anything related to the virus. That is not the action of a President, Administration, or Senate committed to personal responsibility and rule of law, regardless of party.

At some point there comes a reckoning when the followers and government officials of an administration have to heed the words of the German General Ludwig Beck who resigned his office in protest of the Nazi invasion of Czechoslovakia in 1938 and who died attempting to overthrow and kill Hitler on July 20th 1944. Beck said:

“Final decisions about the nation’s existence are at stake here; history will incriminate these leaders with bloodguilt if they do not act in accordance with their specialist political knowledge and conscience. Their soldierly obedience reaches its limit when their knowledge, their conscience, and their responsibility forbid carrying out an order.”

Eric Hoffer wrote: “I can never forget that one of the most gifted, best educated nations in the world, of its own free will, surrendered its fate into the hands of a maniac.”
COVID 19 is that test for all of us, regardless of faith, political ideology, and party. If we cannot see the threat to both our individual rights, and responsibility as citizens and weigh them as our founders did, then we are not worthy of national survival. The American Experiment will have died, and none of us will escape the blood guilt  of its demise and all who have and will die over the next 18 to 24 months of the Coronavirus 19, regardless of our party, ideology, or religious beliefs.

The fact of the matter is that in regard to whatever we do or fail to to today, we all assume the bloodguilt of President Trump, his administration, his personal cult, and the GOP Senate.

As Otto Wels, the leader of the German Social Democrats who refused the Nazi order to disband and voted against Hitler’s Enabling act said:

“You can take our lives and our freedom, but you cannot take our honour. We are defenseless but not honourless.”

Those words of Otto Wels should inspire terror in the heart of the members of the Trump Cult, because whether they understand them or not, they know that their lives are meaningless to the President.

So until tomorrow I wish you all the best.

Please be careful and stay safe,