A Brief Thought on Trump’s Condition 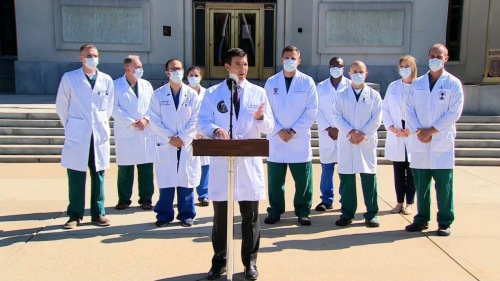 Just a few short words before doing some work upstairs and going back to editing my book.

The White House is spreading so much disinformation right now it is harmful. The fact is that the worst symptoms don’t show up until a week to ten days after diagnosis, and the drug he is being treated with improved symptoms in hospitalized patients but has not been shown to keep people from dying of COVID19.

Dr. Conley said today that Trump he knew he was infected Wednesday and started treatment Thursday. This means that Trump went to multiple unmasked rallies and meetings Wednesday and Thursday in close proximity to people before he announced testing positive late Thursday night. This is indicative of what we all know to be a fact: Trump doesn’t care about anyone’s life, even those of his closest supporters. “Evil is the absence of empathy.” I Hope that he gets really sick and has to fight for his life, not that he dies but that he suffers, and after the worst is over that he becomes a “long hauler” so that he never forgets.

17 responses to “A Brief Thought on Trump’s Condition”