I did not get online until couple of hours ago. I was a work, and then went to get gel injections in my knees and a steroid shot in my hip. I’m getting closer to Dr. House every day. That being said I spend most of this evening trying to trim down my Mine Eyes Have Seen the Glory! manuscript to the 100,000 words for my publisher desires without cutting meat and not fat. I only have about 17,000 words left to get to the goal and then I can pick my photos from what is in the public domain or allowed with attribution by their authors, and then work on my index. In the meantime I am working on my retirement physical, waiting for the VA to decide my disability rating,  looking for a job for post retirement, and stressing out about preparing our townhouse for sale and getting ready to find a new home without stairs, unless it has an elevator.

That being said I didn’t see any news except for pop up notifications on my iPad until a couple of hours ago. I was aghast at President Trump’s actions leaving Walter Reed, knowing that he is contagious and his life is at risk, and then immediately unmasked when he got to the claim that COVID19 was not to be feared at the White House angered me because of the lack of concern for His staff, those who volunteered to serve in his administration or those assigned by DOD, the Justice Department, the Secret Service, DIA, NSA, CIA, FBI, or any other department that assigned career personnel to the White House. 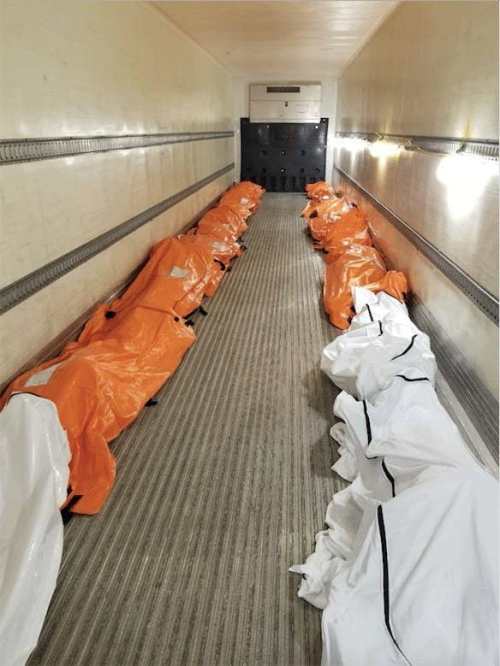 My God, Trump has friends like Herman Cain who died of COVID19 after attending one of his rallies unmasked. Now 11 people, including his wife are infected who travelled with or attended events with him. Some like Kellyanne Conway have infected family members. How many others have passed it to their family members and friends?

Even Hitler allowed friends, advisors, and officials to leave his bunker as he prepared for Götterdämmerung in Berlin, even as he left the majority of Germans to death, dislocation, destruction, and his military to Soviet POW Camps, from which few returned. Trump makes Hitler look good by comparison.

“In my work with the defendants (at the Nuremberg Trails 1945-1949) I was searching for the nature of evil and I now think I have come close to defining it. A lack of empathy. It’s the one characteristic that connects all the defendants, a genuine incapacity to feel with their fellow men. Evil, I think, is the absence of empathy.”

When I think of all the blood on Trumps hands due to his early knowledge of COVID19’s deadliness before the first reported case in our country and did nothing to stop it. He actively hindered the  CDC, FDA, and NIH; ignored the intelligence of the NSA, CIA and the head of his National Security Counsel about the national security risks; undermined public health officials at every turn by advocating for unsafe practices and proven testing and contact tracing methods.

As of yesterday his actions and inactions  have cost the lives of over 215,000 Americans as of yesterday, with 7.67 million infected, and 2.5 million current infections, with numbers going up in almost every state on a daily basis.

In doing so he doesn’t care if he kills all of us. I have lost any sense of personal sympathy or empathy for him, that being said I don’t want him to die, but be effectively leaving Walter Reed while still infected with his medical team shipping that he is not out of danger is irresponsible and needs to be condemned publicly by anyone with a grain of decency left in their soul.

To say he is not responsible, as he says himself is to say no one has died, and no one is guilty. Associate Supreme Court Justice Robert Jackson, who prosecuted the Nazis Gilbert watched over said in his closing argument at Nuremberg:

“They stand before the record of this trial as bloodstained Gloucester stood by the body of his slain King. He begged of the widow, as they beg of you: “Say I slew them not.” And the Queen replied, “Then say they were not slain. But dead they are ….” If you were to say of these men that they are not guilty, it would be as true to say that there has been no war, there are no slain, there has been no crime.”

Trump claims no responsibility for the death and infections, just before his super-spreader event, he was asked about them, and said “It is what it is.” If any claims that Trump is not guilty of these death, then they are no better than those that defended the Nazi crimes. Likewise, if one person launches an ad hominem attack on me for this post, it will be their last here, and I will do my best to find them and shame them publicly, because they are willing accomplices in those deaths and infections.

“Nothing is so unworthy of a civilized nation as allowing itself to be governed without opposition by an irresponsible clique that has yielded to base instinct. It is certain that today every honest German is ashamed of his government. Who among us has any conception of the dimensions of shame that will befall us and our children when one day the veil has fallen from our eyes and the most horrible of crimes – crimes that infinitely outdistance every human measure – reach the light of day.”

I cannot imagine any honest American being ashamed of Trump and his clique’s actions during the COVID19 Pandemic.

Finally, if you dear reader are a COVID19 Denier, refuse to were a mask properly, physically distance, do not wash your hands, or exhibit symptoms and willingly expose others you are guilty, just as Hitler’s followers who obeyed what they knew were illegal, immoral, and criminal orders and you deserve whatever happens to you. God help your families, friends, coworkers and associates, and may God or anyone save us from this madman.

Peace, if you can find it,