The Ugly Truth: What the Election Says about the United States 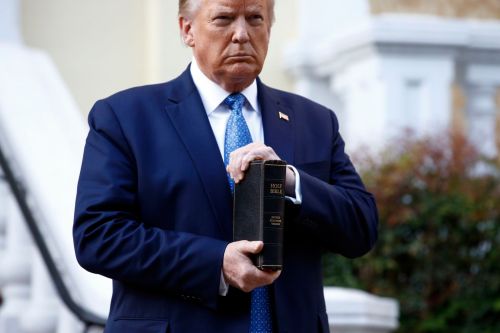 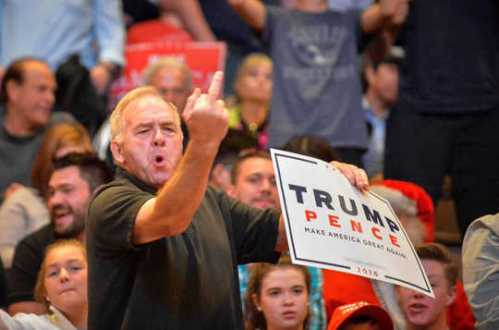 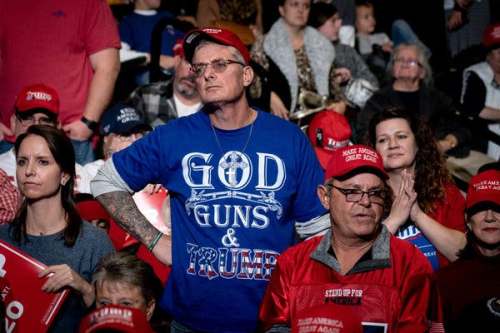 So much for being A City Set on a Hill, The Model Republic or an Exceptional Nation. At times we have been that, but many times we have not, especially in terms of our behavior towards own own citizens at home, especially Blacks and other racial, ethnic, or religious minorities. Whether it be the attacks of the Know Nothing’s on Irish and German immigrants between the 1830s to 1850s; the Genocide committed in the name of our Manifest Destiny; the invasion, Rape and conquest of Mexico in which we took 40% of Mexico’s territory, once again in the name of our God Ordained Manifest Destiny; the enslavement of Blacks that began in Colonial times, followed by our systematic persecution of Blacks following their emancipation, citizenship, and suffrage, during and after Reconstruction and in the Jim Crow Era. The conquest, annexation, and war against Filipino patriots following the Spanish American War, which caused Mark Twain to write:

“There must be two Americas: one that sets the captive free, and one that takes a once-captive’s new freedom away from him, and picks a quarrel with him with nothing to found it on; then kills him to get his land. . .”

Last night I was still too wiped out from my tooth extraction and jaw infection to do any writing of any kind. I was still pretty wiped out most of today but I am feeling well enough to write and probably go to work in the morning. As I was getting my wits about me today and looking over the election and COVID-19 numbers I came to realize that as a country and people that we Americans are not very good or exceptional.

While the race for President is yet to be called it looks like Democrat Joe Biden has a very good chance of winning it, but having his win stand the scrutiny of lawsuits, recounts, and court decisions to follow. That does not mean that our system of government, based on a Constitutional republic with three pillars of power, the Executive, Legislative, and Judicial, based on democratic principles and the understanding that All Men are Created Equal… is perfect, or capable of being destroyed by a man and party willing to sacrifice it for their political power. President Donald Trump and his cult of dearth, the Republican Party have proved that, even if he loses he will have succeeded in undermining every pillar of our Republic, and maybe even ensuring its destruction in the coming years.

Whether Trump loses or not, nearly half of Americans have showed that they no longer believe in our Constitution, system of government, or the rights of fellow citizens. We have found that a sizable number of people who call themselves Pro-life Christians are actually simply a party of death; yes they are against abortion, but they care not a wit about the lives of those already born. In fact the man they voted for stands against the principles that they supposedly believed in less than for years ago. The Republican Party is no longer the party life life, limited government, or individual freedom, it is the party of Trump, the party of dictatorship, tyranny, and death; even willing deaths of his followers, for 14 of the top 15 states with the highest COVID-19 infection rates per million people all voted for him, unless Georgia flips, then it will be 13 of 15.

In the early hours of the morning Trump declared victory and demanded that states stop counting legal votes. As his losses began to mount he filed suit against three states on very shaky charges to stop them counting votes already cast. But the President doesn’t care because he is nationalist, but his nationalism is worse than most nationalists, because he does it to enhance his own power. Historian Timothy Snyder wrote:

“The president is a nationalist, which is not at all the same thing as a patriot. A nationalist encourages us to be our worst, and then tells us that we are the best. A nationalist, ‘although endlessly brooding on power, victory, defeat, revenge,’ wrote Orwell, tends to be ‘uninterested in what happens in the real world.’ Nationalism is relativist, since the only truth is the resentment we feel when we contemplate others. As the novelist Danilo Kiš put it, nationalism ‘has no universal values, aesthetic or ethical.’ A patriot, by contrast, wants the nation to live up to its ideals, which means asking us to be our best selves. A patriot must be concerned with the real world, which is the only place where his country can be loved and sustained. A patriot has universal values, standards by which he judges his nation, always wishing it well—and wishing that it would do better.”

Hitler was also a Nationalist, but when his self anointed German Master Race lost the war he caused, he blamed his followers as being too weak, and unworthy.  Why do I not see Trump doing the same thing when all is said and done? I think his followers should worry about that more than me.

As I get ready to finish this article Biden leads the popular and electoral vote counts, and it is very possible that hi will win Nevada where he is ahead, as well as flip Pennsylvania and Georgia where Trump is narrowly leading but the lead is diminishing every hour. By the time I get up in the morning those races may have been called. Biden could end up with over 300 electoral votes, but the damage will already have been done, and I have no doubt that Trump and his supporters will continue to do, maybe using violence in pursuit of their goal. But I do think that the courts, and other institutions will stop him and them. I could be wrong, but I don’t think they will succeed in preventing Biden’s election. But based on Trump’s words of last week I wouldn’t discount an attempt on Biden’s life before he is sworn in.

But all of that is said in realization that over the past four years, Trump and his supporters have more to destroy the foundations of the American Experiment than anything before, even the Civil War. I believe that even if our better angels prevail, that it will take more than a generation to recover from the Trump Era, if he loses now, and probably never if he remains in office.

“First of all people here should understand that nothing is for granted. There were many warnings in the past, you know, but every time, Americans and Europeans—they believe that it’s like bad weather. It comes and goes. But the danger is real. I always want to quote Ronald Reagan, who said, “Freedom is never more than one generation away from extinction.” Now, probably, it’s not even one generation. Things can happen very quickly, because there’s so much power that comes in the hands of people who have very little affection for the values that make up the core of liberal democracy and the free world.”

Trump and his supporters are those of whom Kasparov wrote. They want nothing to to with the values of liberal democracy and the free world, it is all about their grudges, hatred, and need for absolute power, which they project onto their opponents.

While I think Biden will win I take nothing for granted, and must warn others of, even if they do not want hear that warning.

So tomorrow when we know more, I wish you a good night.