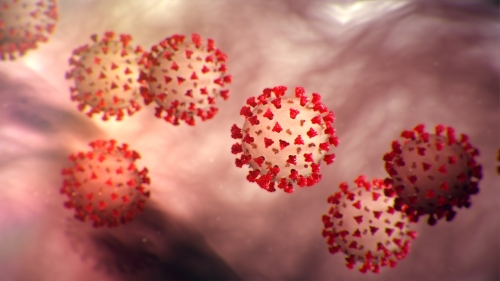 On 30 March 2020 as COVID-19 blew up with startling quickness I wrote an article called Very, Very, Very Dreadful: COVID-19 and Our Future:

“No other disease, no war, no natural disaster, no famine comes close to the great pandemic. In the space of eighteen months in 1918–1919, about 500 million people, one-third of the human race at the time, came down with influenza. The exact total of lives lost will never be known. An early estimate, made in 1920, claimed 21.5 million died worldwide. Since then, researchers have been continually raising the number as they find new information. Today, the best estimate of flu deaths in 1918–1919 is between 50 million and 100 million worldwide, and probably closer to the latter figure.”

The current novel Coronavirus pandemic may not kill as many people as the Great Influenza pandemic did, but the numbers that it will kill will be catastrophic, not only in the number of lives lost, but in the unrest it causes in so many nations will lead to civil wars, usurpation of powers by authoritarian regimes of various ideologies, and subsequent wars that it helps spawn in the coming years. And frankly, after 75 years of relatively small wars, which admittedly have and tragically killed millions of people, the global order has remained relatively stable, until now.

The instability in the global markets, rising unemployment, shortages of so many items that we have come to rely upon, is just the beginning, and the virus has just begun. If it follows the course of the 1918-1919 pandemic, which most scientists believe that it will this is just the first phase. The second will be a slight lessening of infections and deaths in the summer followed by an explosion of it in the fall and winter, and the third wave will be far deadlier than today’s. It may even mutate into a far deadlier strain, as of now we know of two strains of it, and who knows how many there will be in the fall and winter? I cannot say, but I would put money on at least two or three, which even if we can produce a vaccine for the current ones, in record time, the mutations may be immune to it.

We were completely unprepared for this despite knowing that we were due for a pandemic. While industry can produce record numbers of ventilators and PPE, in a relatively short period of time, even which may not be deployed soon enough for this first phase of the pandemic; they cannot produce qualified ICU doctors, nurses and technicians that fast…

Even when we get the beds and ventilators, as well as additional rooms, we will have to staff them with doctors and nurses without or with minimal ICU experience, most gained during their medical or surgical residencies, or rotations through them during nursing school. It takes a special breed of physician or nurse to work in critical care, just as it does to be a cancer specialist, Emergency Medicine Doctor or nurse, or name the medical field. The fact is that you cannot make such specialists in a limited amount of time, and thanks to our managed care, for profit, system we don’t produce enough of them anyway. They are much more valuable than the equipment they have to use…

For brevity’s sake I left some out of the article but I covered what might happen in parts of the Third World. Also the infection and death rates up to that day, as well as the belated announcement of a shutdown by President Trump that was to continue to 31 April and we know what happened after that.

In the past week the United States and many other countries records of new infections, deaths, hospitalizations and ICU bed utilization have skyrocketed. Many countries in Europe and in many American cities know that they are being overwhelmed. Many can create additional ICU beds but they don’t have the trained medical personnel to adequately staff them. I think I called that. One can manufacture amazingly beautiful ventilators but without the professionals  to treat the patients they are as good as useless.

I want a good vaccine that can be widely distributed as quickly as possible. I want a cure for those infected, but until that happens we need to do all we can to prevent infection. We have to be smart, but Friday we went over 10,000,000 infections, and Texas went over a million infections. The key is the leadership that President Trump and many other world leaders have not shown. John Barry in his book The Great Influenza: The Story of the Deadliest Pandemic in History, wrote:

“So the final lesson of 1918, a simple one yet one most difficult to execute, is that those who occupy positions of authority must lessen the panic that can alienate all within a society. Society cannot function if it is every man for himself. By definition, civilization cannot survive that. Those in authority must retain the public’s trust. The way to do that is to distort nothing, to put the best face on nothing, to try to manipulate no one. Lincoln said that first, and best. A leader must make whatever horror exists concrete. Only then will people be able to break it apart.”

There are many times that I wish I wasn’t right about so many things, but then I am a historian.

I could go on and throw out more statistics, historical references, and things I know having worked two pandemics before this in ICUs and ERs. The United States has recorded more daily infections than at any point in the pandemic, over 100,000 a day. This is only going to get worse, winter has yet to begin.

So until the next time,