Speak Softly and Carry a Big Stick: Words Of Wisdom too often Ignored

I am a frequent critic of President Trump, but last Friday when I awoke to the news that he had called off military strikes on Iran at the last minute, I was pleased. His closest cabinet level advisors, including John Bolton, one of the principle authors of the invasion of Iraq were pushing him to launch. There is controversy as to when the President learned the potential casualties of the initial strike, but I am less concerned about that than that he did the right thing, and at the same time began to quiet his language toward the Islamic Republic.

Whether this is enough to take us off the path the war is yet unseen. Iran’s Supreme Leader Ayatollah Ali Khamenei, does not seem to be deterred or encouraged by anything Trump does. Much of this is due to the fact that the previous actions of the President and his administration have backed Iran and the United States into a corner that it will take overwhelming political and moral courage to avoid war. The pressure on both men is pushing them towards war, and Trump has the additional pressure of the Saudis and Israelis to do their dirty work regarding Iran for them, much as Israel and many of the same advisors did to President Bush during the run up to the attack on Iraq in 2003. For the moment, President Trump has resisted pulling the trigger that very probably would unleashed a devastating regional war with world wide ramifications. I hope that he continues to do so but he is not the only actor in this play, too many other actors, including Khamenei, the leaders of Iran’s Revolutionary Guard, the Saudi Leadership, Benjamin Netanyahu of Israel, the Gulf States, the Russians, Chinese, North Koreans, as well as various Sunni and Shia surrogates all have a hand in this Hexenkessel of potential war and death.

I have too many friends and shipmates currently stationed in the Gulf to want war there. Likewise, I am still on active duty and my nephew is graduating from Marine Corps Boot Camp this week are still on active duty. A war would be very personal for me and my family. I hope that the President is graced with the moral fortitude, something he has not demonstrated much during his life in order to both preserve peace and American/Western interests in the region. The world cannot endure a war of the kind that will certainly escalate in ways that will engulf the region and possibly the world. 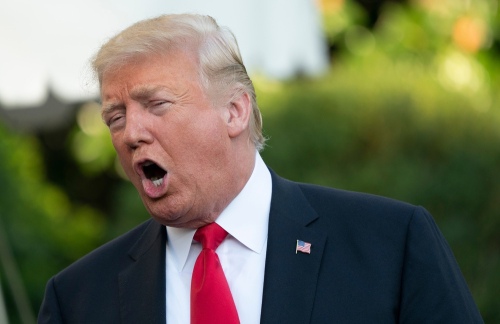 President Trump’s bluster combined with his inaction and accommodation with leaders such as Putin and Kim Jong Un, his unfulfilled rhetoric of regime change in Venezuela, and his continued attacks on American allies do not help his situation right now. He suffers a distinct lack of credibility both domestically and internationally, mostly because of his words, tweets, and outright lies. That does not mean that I want him to fail. In fact I hope that he exceeds my expectations of him. The stakes are too great for him to screw this up.

That does not mean that I will excuse his domestic policies or resist when I see him overreaching his Constitutional authority, or attempt to silence his political, media, or social opponents. But, as Commander in Chief in this volatile and dangerous situation I pray that he doesn’t fuck it up. Of course, the President acts on instinct more than logic, and the adulation of his Cult-like followers over reason. Everything he does is a gamble, I hope that since he is a gambler he knows to know when to hold them and know when to fold them. If he doesn’t tens of thousands, maybe millions of lives may be lost and a true world war begun. An attack an Iran could bring Russian action against American NATO allies in Europe, North Korean actions, or Chinese actions in the South China Sea. That doesn’t include Hezbollah attacks on Israel, or Iranian sleeper agent attacks in the United States.

I pray that the President has the sense to find a way to make a real deal with Iran. For me this is not partisan politics, it is about the country, our institutions, and our future as a nation. A war with Iran will destroy all of those institutions, we will become an autocracy, and Trump might be a tool of others far worse than him.

It is something to think about. Whether I am right or wrong, true patriotism can be complicated and extend to agreements and disagreements on policies and actions. 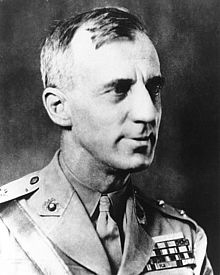 Regardless I choose to tell the truth. War with Iran would would be disastrous. Our nation is neither prepared for it or unified, likewise the state of readiness of the U.S. military is abyssal, despite all of the defense budget increases. Most of those are not increasing the readiness of deplorable units or the base structures that support them. The are benefiting defense contractors and their shareholders. Marine Corps General and two time awardee Of the Medal Of Honor wrote in his book War is a Racket:

The President would be wise to heed Theodore Roosevelt’s warning, in word, deed, and tweet. Speak Softly and carry a big stick.