Dreamers and the Obligation of Ideas 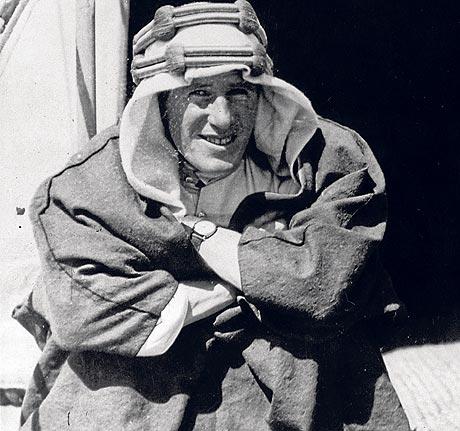 “All men dream: but not equally. Those who dream by night in the dusty recesses of their minds wake up in the day to find it was vanity, but the dreamers of the day are dangerous men, for they may act their dreams with open eyes, to make it possible.” T E Lawrence

I am an out of the box thinker and when I am allowed to pursue my ideas I do my best. When I feel constrained or force myself to “stay between” the lines in order to fit in I get frustrated. When I was younger this lead to instances where I got in trouble for too aggressively pushing my ideas.

However as I have matured I have become more patient. When my ideas are shunned or pushed aside I will stay within the lines of the system but work through back channels, finding people who will listen and hope that they will take up the ideas, even if I do not get credit. This is often frustrating in its own right but it allows me to continue to develop the ideas and to propagate them among people who will listen and possibly will in their own way help see those dreams to fruition.

Many times I have been order to stand down and stay in my lane and been taken to task on more than one occasion for pushing too hard. This has actually happened a number of times in my military career dating back to my time as an Army Lieutenant serving in Germany, even to the point of having that noted as a point of criticism in an Officer Evaluation Report.

So over the years I have learned that the direct approach to trying to propagate ideas that are considered out of the mainstream, or even dare I say radical when compared with conventional doctrines is not always the best case. The truth is that many people consider dreamers and outside the box thinkers to be arrogant and dangerous. It took me many years to discover this fact.

Thus I have taken to being more patient and using indirect approaches to get ideas across. Part of this is in taking the time to get to know myself. Lao Tzu said “He who knows others is wise; he who knows himself is enlightened.” When I was younger I often acted on impulse thinking that my ideas needed to be implemented and fought for right then and there. Now I am willing to take more time, allow them to germinate and take form and if necessary allow other people to take credit as long as the ideas find a home.

I am a dreamer, one who dreams with my eyes open. Admiral James Stavridis said: “ overall, I think that’s an obligation to share your ideas. It’s how we move forward with innovation.”

I think both Lawrence and Admiral Stavridis are right. Innovation and dreams are the key to the future. Those trapped in outdated orthodoxies be they military, scientific, philosophical or religious will find that they will be left behind in history. One once said that the seven last words of the church were “We’ve never done it that way before.” That being said, those words are the last words of any organization or culture that refuses to dream or think outside the box. Eric Hoffer wrote “In a time of drastic change it is the learners who inherit the future. The learned usually find themselves equipped to live in a world that no longer exists.”

In an age of decreasing resources, rapid social and technological change and ever increasing challenges we must heed the words of Admiral Stavridis who said: “Because we’re in an era of declining resources, and I think we need to be unafraid of and embrace change. That means listening to more junior people, who often have the best ideas, trying new things…”

It also means listening to people from different disciplines or even cultures than our own, military from civilian, civilian from military, science from religion, religion from science and so on. It may be necessary to look to times than our own, delving into history to find answers to current challenges. Likewise it may prove wise to look to the dreamers who write science fiction for answers. It is important for the dreamers as well allow themselves and ideas to be questioned or challenged and to keep an open mind. Ideas developed in the vacuum of self seldom hold up over the course of time and stubbornness and intolerance of contradiction of one’s ideas and dreams come from a type of ego that is often as destructive to the self as it is to others.

Military historian and theorist B. H. Liddell-Hart wrote about using the indirect approach in the realm of though and ideas and not just military strategy or tactics:

“Opposition to the truth is inevitable, especially if it takes the form of a new idea, but the degree of resistance can be diminished- by giving thought not only to the aim but to the method of approach. Avoid a frontal attack on a long established position; instead, seek to turn it by flank movement, so that a more penetrable side is exposed to the thrust of truth. But, in any such indirect approach, take care not to diverge from the truth- for nothing is more fatal to its real advancement than to lapse into untruth.”

But like Lawrence said, the dreamers must be the ones who dream with their eyes open in order to make those dreams possible. However, the dreamers need to know that their ideas may not be welcome and that patience the use of the the indirect approach and willingness to let others receive credit in order to see see those dreams fulfilled is essential. Truth matters over individual success or recognition and in a sense it alone is eternal while our lives on this earth are fleeting.