My Life is Movie Quotes 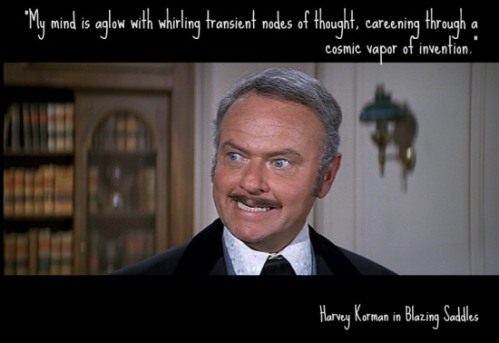 “My mind is aglow with whirling, transient nodes of thought careening through a cosmic vapor of invention.” Hedley Lamarr (Harvey Korman)

I have been rather serious the past few days on the blog but in real life I am usually less than serious. It is scary because whether I am at work, at home or out it seems like no matter what the topic, no matter what the situation be it serious, light hearted or mundane a movie or television quote somehow comes to mind. Truthfully sometimes I wonder about me. 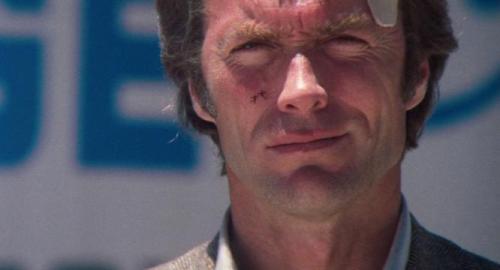 In one of my classes on National Security Policy we were talking about the limits of what you could do as a military or a nation and the quote from Magnum Force where Harry Callahan (Dirty Harry played by Clint Eastwood) told Lieutenant Briggs (Hal Holbrook) “A man’s got to know his limitations.” In another discussion I was thinking of the Ferengi Rules of Acquisition. But I digress…

Like I said I always seem to come up with movie or sometimes television quotes for the occasion. I think it is because I have one of those phonographic memories that keeps going around and around.

When someone is too negative I think of Donald Sutherland in Kelly’s Heroes who said to his driver “Why don’t you knock it off with them negative waves? Why don’t you dig how beautiful it is out here? Why don’t you say something righteous and hopeful for a change?”

Of course my life is a sea of Blazing Saddles, Young Frankenstein, Pulp Fiction and other quotes. When I have no idea about something I think of Mongo (Alex Karras) who said “Mongo not know, Mongo only pawn in game of life” or when I’m a bit nervous I think of the Waco Kid (Gene Wilder) “But I shoot with this hand.”

I think that you might be getting the idea. I’m a bit warped, but I’m okay with it. For better or worse I cannot go through a day without a minimum of three or four movie or television quotes. They come from everywhere and nowhere and span the ages and genres.  Sometimes I wonder if I picked “the wrong day to stop sniffing glue.”

So there it is. You want the truth? Then you need to ask this question posed by George Costanza (Jason Alexander) on Seinfeld:  “Do you ever get down on your knees and thank God you know me and have access to my dementia?”

Have a good night and great weekend “Set ludicrous speed” and “go do that Voodoo that you do so well!”

One response to “My Life is Movie Quotes”