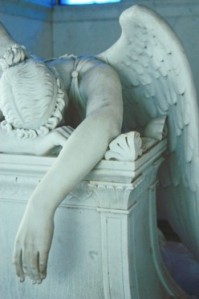 Just a short thought today. Yesterday was very tiring, we were dealing with a veterinary emergency with our older Papillon Minnie, and also had Judy’s follow-up appointment for the Endometrial Cancer she was operated on for in 2015. It looks like Minnie will be okay, she is spending the night in a fully staffed veterinary hospital where she will be monitored, medicated, and given IV’s after scaring the hell out of us with what our vet diagnosed as Hemorrhagic Gastroenteritis, and the hospital vet things might have been Pancreatitis. She had showed no signs of being sick when we went to bed last night but when we got up she had vomited multiple times and was crapping bright red blood. As soon as I saw it I scooped her up, called the vet and drove her there. We finally got home after transferring her to the overnight emergency vet about nine-thirty last night. She’s doing better and hopefully she will be home tomorrow.  Of course in the middle of everything we learned that Carrie Fisher had died and as much as I want to reflect on her life I cannot now, other than to say that I admired her greatly, especially for her openness in speaking about her own mental health issues. When I suffered my own PTSD crisis and decided to speak out and be transparent about my struggles, she was a role model.

But, anyway, as a follow-up to what I wrote yesterday I wanted to share this thought, from the late Charles Morgan Jr. I wrote about his comments in regard to what he said after the bombing to the 16th Street Baptist Church in Birmingham Alabama some 52 years ago before and think that they are as pertinent in the age of Trump than they were when he wrote them about the Jim Crow South.

Morgan was a well off young Southern gentleman, a lawyer, and a man with a conscience. He was a defender of the civil liberties of many people during his life, most of which were incredibly unpopular when he made his strand.

Sadly, there are too many who will do just that, all to often in the name of their God, or their religion. If we ration justice so that only a few; the rich, and the well off are able to afford it, then we will succeed in standing idly by as injustice becomes the norm. I fear that in the coming months and years that justice itself will become a scarce commodity.

As always I admit that I hope that I am wrong, but from all I read from Trump’s supporters in the so-called Christian Right, the Neo-Nazis of the self-proclaimed Alt Right, and the most radical talking heads on radio, the internet, and heads of  right wing political action groups, I fear that we are in for very rough times unless the President-Elect himself makes a stand, because the Republican Congress has shown time after time that they will not do so.

Have a good day,