Fragile and Unpredictable: Auschwitz and Human Behavior in the Crisis 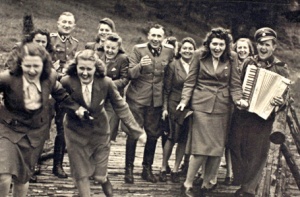 In his book Auschwitz: A New History, Laurence Rees noted something that is important about how human beings act in crisis. After interviewing many of perpetrators, victims, and bystanders who were at Auschwitz and other parts of the Nazi death machine he wrote this:

“…human behavior is fragile and unpredictable and often at the mercy of the situation. Every individual still, of course, has a choice as to how to behave, it’s just that for many people the situation is the key determinate in that choice.”

I think that it is a comment worth reflection. One of the things that Rees explored was how people who in one situation can be the best of neighbors, the most conscientious and ethical of businessmen, the most dedicated civil servants can seemingly become something totally different when placed in situations that test who they are.

Selecting those to Die

This is one of the scary things about human nature itself, while there were many people who were sadistic and enjoyed the evil that they did, there were many more who could not decide to be good or evil, instead they went with the flow and took the path of least resistance. Hannah Arendt wrote of Adolf Eichmann, who was the instrument of destruction for much the Jewish population of Europe:

“The trouble with Eichmann was precisely that so many were like him, and that the many were neither perverted nor sadistic, that they were, and still are, terribly and terrifyingly normal. From the viewpoint of our legal institutions and of our moral standards of judgment, this normality was much more terrifying than all the atrocities put together.”

In times of great change, in times of crisis, in times of uncertainty demagogues manipulate people through fear, particularly fear of the other, both the other within their society, and those far away. When they do this they dehumanize people who seem different from us, be it in their race, color, religion, politics, gender, or sexual identity. When they succeed in doing this, it is the ordinary people who turn the other way, or collaborate in the persecution of the victims.

We are in a precarious situation and it would not take much for our nation to slide into a totalitarian dictatorship, and if the circumstance were right, if the crisis large enough, most people would probably surrender their freedom for the supposed security offered by a dictator. As Timothy Snyder wrote:

That is why we must not only understand history, but at the same time we must be determined to recognize how it informs us today, and how we can prevent such things from ever happening again.

That’s all for today,

3 responses to “Fragile and Unpredictable: Auschwitz and Human Behavior in the Crisis”