Living the Dream and Dreaming to Live: Dreams and 34 Years of Commissioned Service 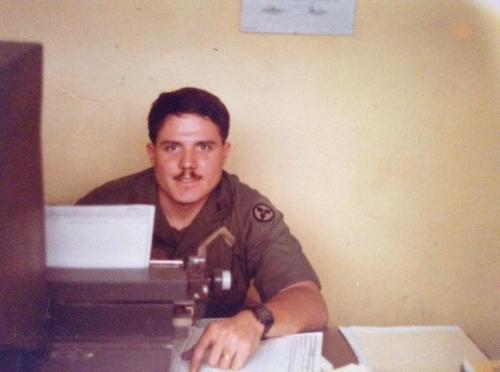 As I mentioned yesterday in my short article about my dad that I would watch the movie Field of Dreams. I did that last night. As always I found the message of the film compelling and relevant for me today.

Thirty-four years ago today I was commissioned as a Second Lieutenant in the United States Army. In the decades since that time I have to say that I am the beneficiary of following dreams that have come true. I always wanted to serve in the military no now after almost thirty-six years of service, including the time before I was commissioned I am still living my dream, and dreaming to live.

When I was commissioned back during the Cold War  I figured that I would do 20 years or possibly a few years more and retire as a Lieutenant Colonel, or maybe even a Colonel. Back then I even harbored thoughts of becoming a General. That didn’t happen and through a fairly unusual set of circumstances I ended up leaving the Army Reserve before being considered for promotion to Lieutenant Colonel, reducing in rank and entering the Navy in February 1999. I wanted t get back on active duty and my window had passed in the Army, if I remained there I would have remained a reservist, not that there is anything wrong with that but it wasn’t my dream.

So now after a total of nearly 36 years in the military, and almost 18 1/2 in the Navy I still dream. Now my dreams don’t include promotion to Navy Captain or far less Admiral. My dreams are simple; living life, speaking truth, and not sacrificing my integrity just to try to get ahead in a system whose ideals are so much like mine but reality, at least in the Chaplain Corps falls far short of, so I have simply decided to follow my dreams which include teaching, writing, and maybe speaking out regarding causes that I think are important.

Unlike Dr. Archibald “Moonlight” Graham in the film, I got to bat in my version of the major leagues and my military dreams did come true. I don’t need any more than that. There are men and women who would have loved to had my career in the military and as I celebrate the anniversary of being commissioned as a Second Lieutenant in the U.S. Army some 34 years ago and being a Commander in the U.S. navy today. The dreams I have now are different and I will like Ray Kinsella and Terrance Mann in the movie will listen to that mysterious voice and follow it, because to paraphrase Doc Graham, it would be a tragedy if I didn’t.