The First Time I Met You Something Happened to Me: In Praise of My Wife of 34 Years 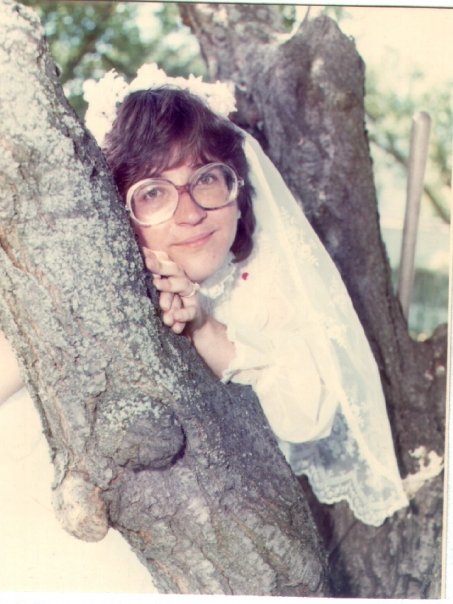 Today just a short post to let you know that I am still married to the most amazing woman in the world. Today marks the 34th anniversary of our weddings and we have now known each other for almost 39 years. We got married just six days after I was commissioned as a Second Lieutenant in the U.S. Army. Three of the men I was commissioned with were in the wedding and I am still in contact with a number of others.

Our marriage has been a long strange trip, not that there is anything wrong with that. Military life, separations due to deployments and war have been part of our life. Judy has had to endure more than I can imagine to stay with me all these years. She is simply the best. She is creative, talented, kind, resourceful, considerate, and amazingly patient. I have seen her go out of her way to be kind and giving to people just because that’s who she is.

Honestly I fell in love with her the day that we met. When I first asked her on a date a few months later I was so nervous that she thought I was going to ask her to marry me. I loved her and wanted to marry her but I could barely stammer out “would you like to go to a movie?” Thankfully she said yes, otherwise I would have never gotten to the whole marriage thing.

When I think of her I think of what Bill Murray’s character in Groundhog Day, said to Andie McDowell in that movie:

I think you’re the kindest, sweetest, prettiest person I’ve ever met in my life. I’ve never seen anyone that’s nicer to people than you are. The first time I saw you… something happened to me. I never told you but… I knew that I wanted to hold you as hard as I could. I don’t deserve someone like you. But if I ever could, I swear I would love you for the rest of my life.

I still do. So to the most amazing woman in the world, I love you, even more than I did that night we first met.

Filed under Loose thoughts and musings, marriage and relationships