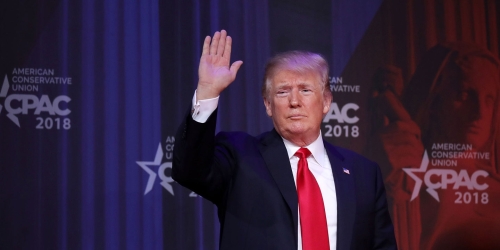 “Hatred is the most accessible and comprehensive of all the unifying agents. Mass movements can rise and spread without belief in a god, but never without a belief in a devil.”

Hatred is an amazing emotion to which demagogues seem most adept at tapping into and harnessing.  Such leaders and propagandists channel the anger and hatred of their followers by identifying enemies and then with every statement, speech, or tweet reinforcing those beliefs, even if their claims are devoid of logic or substance.

Over the past week the language of NRA leaders Wayne Lapierre and Dana Loesch does much to incite anger and potential violence against their mostly imagined political and ideological enemies. The unmitigated volcanic reaction of Lapierre and Loesch, as well as others who share their views about socialists attempting to destroy the Second Amendment in order to overthrow the Constitution and destroy “freedom” were turned with a vengeance against anyone proposing any kind of restriction on weapons which are based on well proven military rifles of the M-16 family. In response, President Trump reaffirmed his support and admiration for Lapierre and the NRA agenda.

The invective of the NRA was profoundly disturbing especially when Right Wing bloggers, meme generators, “news” sites, and politicians attacked the students that spoke out after the Parkland attacks, calling them “crisis actors” and labeling the massacre as a “false flag” attack engineered by the “deep state” in order to take do away with the Second Amendment and take people’s guns away. This is nothing new, the NRA and its allies have done so after every mass killing. The young people who spoke out and continue to do so, as well as their families, and law enforcement are the “the devil.”

Truth does not matter to the people who need scapegoats, or who need a “devil” in order to have meaning for themselves and the movements that they find their salvation in.  Hoffer was quite correct in his words that “Mass movements can rise and spread without belief in a god, but never without a belief in a devil.” The really successful leaders of such movements in history understood this, as do Lapierre and President Trump. The President does this by labeling his opponents “enemies” as he does with the free press, and his political opponents outside and inside the Republican Party, but he is not the first to do so.

For Hitler it was the Jews and other untermenschen. For American Southerners of the Lost Cause following the Civil War and Reconstruction it was the Blacks and their white supporters. For the “Know Nothings” of the 1840s and 1850s it was immigrants, especially Irish and Germans who were Roman Catholic. For the leaders of the Islamic State and others like them, it is Jews, Shi’ite Moslems, less than “faithful” Sunnis, Christians and well for that matter anyone who does not line up one hundred percent with them on every issue. For Stalin it was anyone who opposed his Sovietization of life and society. These examples are just the tip of the iceberg and they are not limited to the past, they are happening today in Poland, Hungary, Russia, Turkey, and gaining traction in other western European countries; including Britain, France, Italy, the Netherlands, Germany, and yes, the United States where President Trump is leading the parade, or possibly is being led by the people at Fox News.

President Trump has managed to demonize and dehumanize more people and groups than I had thought possible for an American political leader of any party or persuasion. I honestly believe that we have reached a tipping point where any severe crisis, one Reichstag Fire moment, one major terrorist attack, or war from pogroms, ethnic or religious cleansing, mass imprisonments, or even genocide. The words and actions of many of his followers and allies, including Lapierre, Loesch, and so many others reinforces that belief on a daily basis. They are taking advantage of political and social tumult to increase the fear and anxiety of all of us, their supporters and opponents alike.

I think a lot of this situation is because humanity is not nearly as advanced as most of us would like to presume. In times of crisis human beings are particularly susceptible to believing the unbelievable. The perpetual unsettledness that people like Trump, Lapierre, Loesch, Sean Hannity, and the people at Fox and Friends thrive on concocting helps prepare people for believing the unbelievable and for later doing what would have been unimaginable to them at one time. Hannah Arendt noted in her book The Origins of Totalitarianism:

“In an ever-changing, incomprehensible world the masses had reached the point where they would, at the same time, believe everything and nothing, think that everything was possible and that nothing was true. … Mass propaganda discovered that its audience was ready at all times to believe the worst, no matter how absurd, and did not particularly object to being deceived because it held every statement to be a lie anyhow. The totalitarian mass leaders based their propaganda on the correct psychological assumption that, under such conditions, one could make people believe the most fantastic statements one day, and trust that if the next day they were given irrefutable proof of their falsehood, they would take refuge in cynicism; instead of deserting the leaders who had lied to them, they would protest that they had known all along that the statement was a lie and would admire the leaders for their superior tactical cleverness.”

No wonder then candidate Trump observed:

“You know what else they say about my people? The polls, they say I have the most loyal people. Did you ever see that? Where I could stand in the middle of Fifth Avenue and shoot somebody and I wouldn’t lose any voters, okay? It’s like incredible.”

He understands his followers and since his election they have proven to be quite loyal even when his policies and programs work to their detriment.

Those that follow my writings on this site know how much I love the various Star Trek television series and movies. There is an episode (The Siege of AR-558) of Star Trek Deep Space Nine where the Ferengi bartender Quark, makes a truly astute observation about humanity during a battle for survival at an isolated outpost:

“Let me tell you something about Hew-mons, Nephew. They’re a wonderful, friendly people, as long as their bellies are full and their holosuites are working. But take away their creature comforts, deprive them of food, sleep, sonic showers, put their lives in jeopardy over an extended period of time and those same friendly, intelligent, wonderful people… will become as nasty and as violent as the most bloodthirsty Klingon. You don’t believe me? Look at those faces. Look in their eyes.”

Quark’s words remind me of those of Dr. Timothy Snyder who noted:

I don’t think that we are too far from some tipping point where the Trinity of Evil, the politicians, pundits and preachers, especially of the political right and the media whores at Fox News who are more concerned about market share than truth, decide that their “devils” must be exterminated. Of course when they will do they will claim a higher moral, religious, or racial, purpose for their actions. The President’s CPAC speech, which I just re-read was full of such references.

Sadly in past few years, and especially since President Trump took office, many of those ruthless and often racist ideologies have seen a resurgence in many parts of the world, including in Europe and the United States. While these movements have existed  underground for years they have seen a dramatic resurgence following the election of President Trump, for whom many of their leaders credit with their rise; regardless of whether the President actually holds those views or not. The scary thing is that such groups count him as being an inspiration to them.

That being said the President routinely talks about crushing, eliminating, or destroying his political opponents as well as the racial, ethnic, and religious groups that he uses as straw men and declares to be enemies; enemies who must be sought out.

In a Star Trek the Next Generation episode, one called The Drumhead Captain Picard has to warn his security officer, Lt Worf about the dangers of rampant paranoia. Worf starts: “Sir, the Federation does have enemies. We must seek them out.”

Picard pauses and then notes:

“Oh, yes. That’s how it starts. But the road from legitimate suspicion to rampant paranoia is very much shorter than we think. Something is wrong here, Mister Worf. I don’t like what we have become.”

To claim Picard’s words for myself I have to admit that I don’t like what we have become either, and that thought frightens me; especially when the the followers of the President behave exactly how he said that they would.