Heresies and Drumheads: Evangelicals and Trump through the Lens of Star Trek 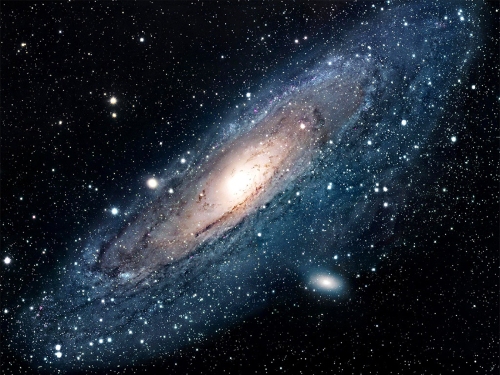 There is an episode of Star Trek Voyager called Distant Origin where a scientist of a race in the Delta Quadrant believes that genetic evidence indicated that their race originated on Earth. His thesis is challenged the doctrine of his species and he was accused of “heresy against Doctrine” for positing something different than his people believed. He ends up being persecuted and punished for his beliefs.

Now I want to be diplomatic about this. I am not someone who simply is contrary to established doctrines, be they theological, scientific or even military theories. That being said I think it is only right to question our presuppositions, as Anselm of Canterbury did through faith seeking understanding.

That understanding as a Christian is based on the totality of the message of the Christian faith. Hans Kung said it well:

“Christians are confident that there is a living God and that in the future of this God will also maintain their believing community in life and in truth. Their confidence is based on the promise given with Jesus of Nazareth: he himself is the promise in which God’s fidelity to his people can be read.”

What we have to admit is that our belief is rooted in our faith, faith which is given to us through the witness of very imperfect people influenced by their own culture, history and traditions. Even scripture does not make the claim to be inerrant, and the Bible cannot be understood like the Koran or other texts which make the claim to be the infallible compendium of faith delivered by an angel or dictated by God himself. It is a Divine-human collaboration so symbolic of the relationship that God has with his people, often confusing and contradictory yet inspiring. 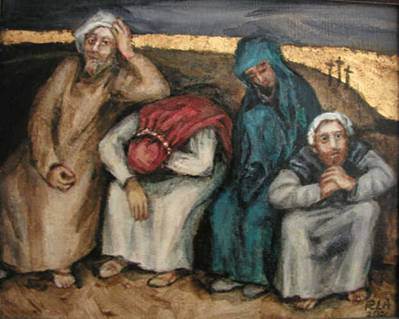 There is a certain sense of relationship between God and humanity within scripture and that relationship creates certain tensions between God and those people. The interesting thing is that Scripture is a collection of texts which record often in terrible honesty the lack of perfection of both the writers and their subjects. They likewise record the sometimes unpredictable and seemingly contradictory behavior of God toward humanity in the Old Testament. They bear witness to the weaknesses, limitations and lack of understanding of the people of God of the message of God but even in that those limitations and weaknesses that God is still faithful to humanity in the life death and resurrection of Jesus of Nazareth.

The real fact of the matter is that fixed doctrines are much more comfortable than difficult questions than honestly examining the contradictions that exist within Scripture, history and tradition. The fact is this makes many people uncomfortable and thus the retreat into the fortress of fixed and immutable doctrine found in the various incarnations of Fundamentalism.

The fact is the world is not a safe place, and our best knowledge is always being challenged by new discoveries many of which make people nervous and uncomfortable, especially people who need the safety of certitude. So in reaction the true believers become even more strident and sometimes, in the case of some forms of Islam and Hinduism violent. 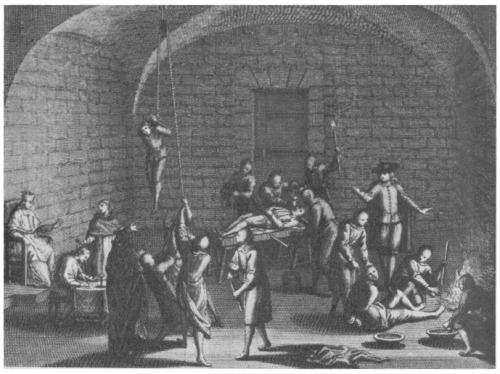 Christianity cannot get away unscathed by such criticism. At various points in our history we have had individuals, churches and Church controlled governments persecute and kill those that have challenged their particular orthodoxy. Since Christian fundamentalists are human they like others have the capacity for violence if they feel threatened, or the cause is “holy” enough. Our history is full of sordid tales of the ignorance of some Christians masquerading as absolute truth and crushing any opposition. It is as Eric Hoffer wrote:

This is the magnetic attraction of fundamentalism in all of its forms, not just Christian fundamentalism.  Yet for me there is a comfort in knowing that no matter how hard and fast we want to be certain of our doctrines, that God has the last say in the matter in the beginning and the end. We live in the uncomfortable middle but I have hope in the faith that God was in the beginning. Besides as Bonhoeffer well noted “A God who let us prove his existence would be an idol”

But there some Christians who now faced with the eloquence of men like Neil DeGrasse Tyson and Bill Nye who make legitimate challenges respond in the most uncouth and ignorant manners. The sad thing is that their response reveals more about them and their uncertainty than it does the faith that they boldly proclaim.

Our doctrines, the way we interpret Scripture and the way we understand God are limited by our humanity and the fact that no matter how clever we think we are that our doctrines are expressions of faith. This is because we were not in the beginning as was God and we will not be at the end, at least in this state. We live in the uncomfortable middle, faith is not science, nor is it proof, that is why it is called faith, even in our scriptures.

We are to always seek clarity and understanding but know that it is possible that such understanding and the seeking of truth, be it spiritual, historical, scientific or ethical could well upset our doctrines, but not God himself. As Henri Nouwen wrote: “Theological formation is the gradual and often painful discovery of God’s incomprehensibility. You can be competent in many things, but you cannot be competent in God.” Is that not the point of the various interactions of Jesus with the religious leaders of his day? Men who knew that they knew the truth and even punished people who had been healed by Jesus such as the man born blind in the 9th Chapter of John’s Gospel. 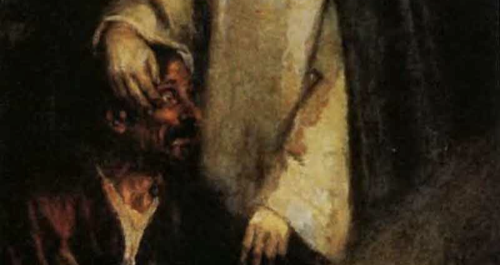 “You are that man’s disciple; we are disciples of Moses! We know that God spoke to Moses, but we do not know where this one is from.” The man answered and said to them, “This is what is so amazing, that you do not know where he is from, yet he opened my eyes. We know that God does not listen to sinners, but if one is devout and does his will, he listens to him. It is unheard of that anyone ever opened the eyes of a person born blind. If this man were not from God, he would not be able to do anything.” They answered and said to him, “You were born totally in sin, and are you trying to teach us?” Then they threw him out.”

The interchange between the religious leaders and the man is not an indictment on Judaism, but rather on religious certitude in any time or place. The fact is that the Pharisees are no different than those who ran the Inquisition, or those who conducted Witch Trials or those who attempt to crush anyone who questions their immutable doctrine no matter what their religion.

They were and many of their theological and ecclesiastical descendants still are true believers. That has been demonstrated over and over again in regards to biblically and theologically challenged yet politically fanatical American Evangelical Christians who have willingly surrendered any pretense of following Christ to paying obeisance to President Trump; a would be dictator who plays to their perpetual sense of victimhood in order to cement his power over them and to use them as his willing foot soldiers.

What Trump has done has turned the Gospel on its head, the Christian faith has become a political bludgeon to support laws and policies that are in diametric opposition to the message of Jesus. Sadly, a large majority of Evangelicals and their leaders have become Trump’s willing accomplices.

In the episode of Star Trek the Next Generation called The Drumhead Captain Picard counsels Lieutenant Worf after their encounter with a retired admiral who turned an investigation involving a Klingon exchange scientist into a witch hunt aboard the Enterprise. That episode is well worth watching especially because it anticipates what is going on in the United States today, where a President, his party, and a reactionary fear filled cabal of religious followers has declared war on all who oppose them.

At the end of the episode Lieutenant  Worf comes to Captain Picard’s office. He is apologetic about having believed and cooperated with the Admiral. The dialogue is striking and should be heeded, especially by Evangelical Christians and others who have with open eyes sacrificed their faith even as they tear up the Constitution thinking that they are defending it.

WORF: Am I bothering you, Captain?
PICARD: No. Please, Mister Worf. Come in.
WORF: It is over. Admiral Henry has called an end to any more hearings on this matter.
PICARD: That’s good.
WORF: Admiral Satie has left the Enterprise.
PICARD: We think we’ve come so far. The torture of heretics, the burning of witches, it’s all ancient history. Then, before you can blink an eye, it suddenly threatens to start all over again.
WORF: I believed her. I helped her. I did not see what she was.
PICARD: Mister Worf, villains who wear twirl their moustaches are easy to spot. Those who clothe themselves in good deeds are well camouflaged.
WORF: I think after yesterday, people will not be as ready to trust her.
PICARD: Maybe. But she, or someone like her, will always be with us, waiting for the right climate in which to flourish, spreading fear in the name of righteousness. Vigilance, Mister Worf, that is the price we have to continually pay.

And that is true and despite the certitude of the true believers that we do live in the uncomfortable middle.