The Passing of the Queen of Soul 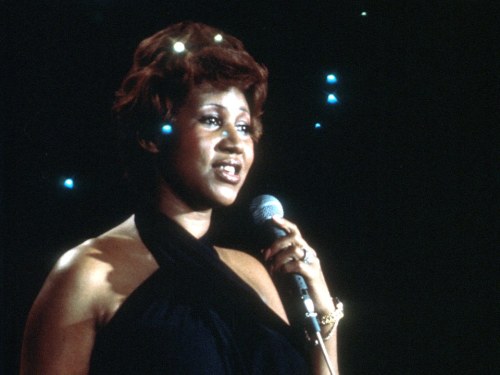 Today we lost the Queen of Soul. The great Aretha Franklin passed away at the age of 76. She was amazing. I first heard her on my mom and dad’s record collection. They had an amazing variety of music on the old LP records. Among those were records were various albums by Aretha, Roberta Flack, Dion Warwick, Gladys Knight and the Pips, Ray Charles, Ike and Tina Turner, and the Platters. They also had Country and Western, Pop, Rock, and easy listening but it was those albums, as well as groups that I saw for the first time on television variety shows and, Soul Train, and American Band Stand such as the Jackson Five, the Spinners, and the Temptations,  which gave me my first taste of Soul, and Rhythm and Blues.

My mom put a comment on my Facebook page where I shared a link about Aretha’s death that my dad met Aretha on a train and Aretha sang all night long in the club car. That had to be cool.

By the time I started high school Soul was at a low point, and many R&B groups had shifted to Disco. So when I was really honing much of my musical preferences, Aretha was in the middle of a six year lull in her career and her song’s weren’t being played on the AM Rock and Pop.

That period ended when she was cast as Mrs. Murphy, the owner of a soul food cafe in The Blues Brothers. In that role she played opposite of Matt “Guitar” Murphy, the lead guitarist of the Blues Brothers Band who passed away just a couple of months ago. Murphy played her husband in the classic scene where Aretha sang “Think” as Murphy told her that he was joining the band. Her sister Carolyn who passed away in 1988 played one of the cafe chorus girls. It is a classic American comic musical scene when the song becomes an integral part of the dialogue.

I watched the movie again tonight, mainly because I loved her in it. It’s one of those movies that help bring joy to my soul. She reprised her role in the Blues Brothers 2000 in which she sang Respect.

Of course she did a lot more than that movie. She had one of the most iconic voices to ever grace music. She performed for Presidents and Popes and she could out diva any diva. She brought Blues, Soul, and Gospel into a the Civil Rights movement and carried with her the influence of her father a popular preacher and friend of Dr. Martin Luther King Jr. She was awarded the Presidential Medal of Freedom in 2005.

Here are some more of her classics. She could take any song and make it her own. Truly amazing. So remember the Queen. She may be gone, but her music will always be with us.

2 responses to “The Passing of the Queen of Soul”