Pardon Me, But… Reflections on the Evangelical Dead Enders of Trump World 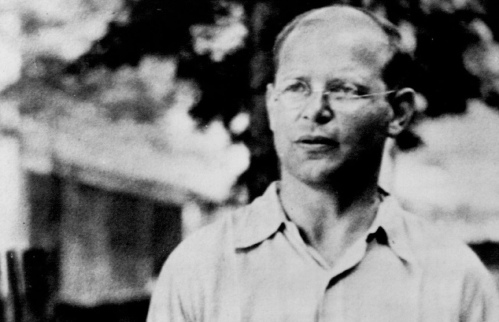 Pardon me tonight, but as I watch the descent into collective madness of the Trump regime and its acolytes as the walls close in around it I wonder what acts of desperation they will resort in the coming weeks until the mid-term elections and afterward should the Democrats regain control of the House, Senate, or both.

Truthfully, am afraid of what Trump, his Vichy Republican supporters and the cult-like base might do if they lose. In normal times and with normal players in our system with its checks and balances I wouldn’t be concerned, but with this crew I am concerned and I wouldn’t be surprised at anything that they might do to retain power.

I have lost count of the number of egregious policies and behaviors of the administration and its most fervent supports. It is like watching a cult leader and his disciples. Republican strategists and “Never Trumper” Rick Wilson noted of the Evangelicals that make up a significant part of his base:

Evangelicals are the dead-enders of the Trump world, a phenomenon explained by both demographics and geographic distribution; the southern and Midwestern states where they live are Trump country, writ large. He is their Golden Calf, and the leaders of the Evangelical movement repeat daily, “This is your god, who brought you up from Egypt.”

While I know many evangelicals who are truly in their personal lives the salt of the earth, but as for their high powered leaders who have over the course of more than three decades led them to surrender their lives and sell their souls for 30 small disc shaped pieces of metal composed of 97.5% zinc and 2.5% copper, if that much.

Believe me I know what I am talking about. I spent much of my young adult life and ministry in that world. In the early 1990s I worked at the headquarters of a major Evangelist who in 2016 became a political prostitute for candidate Trump, but I woke up after seeing the lies and the human cost of that devotion during my time in Iraq, long before Donald Trump burst on the Republican political scene.

Even before Trump came on the scene I experienced what it was like to have “Christian friends” turn their backs on me because I was no longer politically conservative enough for them. Yet after Trump, the cesspool that is political evangelicalism is far more toxic than it ever was. It’s leaders seem to have flushed anything redemptive in the Gospel down their gilded toilets, and some seem to be competing for the position of Reichsbishof in the new order. For them it is all about the raw acquisition of worldly power, the curse that has infected the Church since Constantine.

Christianity stands or falls with its revolutionary protest against violence, arbitrariness and pride of power and with its plea for the weak. Christians are doing too little to make these points clear rather than too much. Christendom adjusts itself far too easily to the worship of power. Christians should give more offense, shock the world far more, than they are doing now. Christian should take a stronger stand in favor of the weak rather than considering first the possible right of the strong.

This is something that far too many American Christian leaders and their followers have forgotten. Instead they have become vengeful instruments of the most ungodly and unprincipled man ever to serve as the American President, and maybe any man that has ever aspired to be President, and that my friends takes a lot of effort.

Rick Wilson, who knows the current generation of Christian leaders well due to his position in Republican administrations and as a political consultant to many GOP candidates wrote of them:

Changing hearts and minds in a society that has passed them by on many issues is boring and hard work. They’d rather compromise with a candidate who will nominate their preferred judges than uphold their values. Instead of working to change society through moral suasion, exemplars of faith, or even just better communications, they’d rather trust the federal government in the hands of Donald Trump to deliver their desired social end states. Call me crazy, but I thought that was the other team’s modus operandi.

Anyway, like I said in the beginning of this article, pardon me tonight, but…