The Contempt For Facts: Trump, the GOP, and the Cohen Hearings 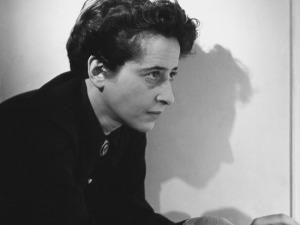 A Short thought to begin the weekend that kind of follows my posts of the last several days. Hannah Arendt wrote in her book The Origins of Totalitarianism this poignant fact and warning:

“Before mass leaders seize the power to fit reality to their lies, their propaganda is marked by its extreme contempt for facts as such, for in their opinion fact depends entirely on the power of man who can fabricate it.”

In my life which now spans almost 59 years I have never seen an American political leader attempt to present a full-blown counter-factual narrative to support their desire for power; but that was before the presidential campaign and presidency of Donald Trump. This not only comes from watching the campaigns of various presidential candidates and the actions of those men who have gained the Presidency, but from my study of history. Yes, I have seen Presidents lie with varying degrees of success. I have seen politicians twist facts and numbers for specific ends, but I have never seen one do so on such a scale and magnitude as our current President; nor have I seen any President so boldly attack and attempt to discredit the institutions established as checks and balances in the Constitution.

Likewise, I have never seen members of Congress stoop to such lows as I did this week. Will there ever be a Stephan A.Douglas with the courage to confront at the risk of his political career again? Sadly, I don’t see such a man or woman in today’s Republican Party.

This week we had the opportunity to watch Republican Congressmen do all they could to protect their master without actually defending him. Instead they attack the messenger, the President’s former lawyer and fixer, Michael Cohen. Instead of wrestling with facts, or troubling themselves with truth, these men by their actions surrendered all sense of honor and decency to attack a man who has already admitted to his wrongdoings on behalf of the President, rather than actually attempting to defend the President, because in their heart of hearts they know that they cannot. Instead of admitting the truth, they still spew forth the President’s propaganda, as they drink the dregs of the mirth of Trump, and it will kill them.

Hannah Arendt’s words describe in terribly precise detail the kind of propaganda campaign that has been waged by the President and his advisers since the beginning of his Presidency, which is reinforced by his spokespeople on a daily basis. Arendt wrote: “The outstanding negative quality of the totalitarian elite is that it never stops to think about the world as it really is and never compares the lies with reality.” Arendt’s statement is very descriptive of this administration and the President’s Congressional sycophants. I am going to leave things here for now, but it takes honesty to to face that truth.

3 responses to “The Contempt For Facts: Trump, the GOP, and the Cohen Hearings”