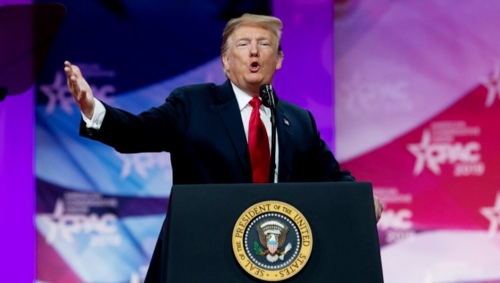 seats in the German Reichstag to form a coalition government with the German People’s Nationalist Party (DVNP). The Nazis won 43.9% of the vote in an election in which Hitler expected to gain an absolute majority. Hitler had gained power through the appointment of President Hindenburg on January 30th following a series of failed attempts by Conservative party leaders to form a stable government. In the month preceding the election Hitler gained the upper hand when a Dutch Communist, acting alone set fire to the Reichstag building. Historian Timothy Snyder wrote:

“Modern tyranny is terror management. When the terrorist attack comes, remember that authoritarians exploit such events in order to consolidate power. The sudden disaster that requires the end of checks and balances, the dissolution of opposition parties, the suspension of freedom of expression, the right to a fair trial, and so on, is the oldest trick in the Hitlerian book. Do not fall for it.”

In the wake of the Reichstag Fire and under Article 48 of the the Reichstag Fire Decree Hitler mobilized 50,000 SA and SS men as auxiliary police in Prussia. Opposition parties were harassed, their newspapers shut down, leaders, especially Communists, jailed. Hermann Goering issued an order that police could open fire on any opposition. One really couldn’t call it free, but it would be the last contested election held in Germany until after her defeat and Hitler’s death.

Within two weeks the now Nazi controlled Reichstag voted for the Enabling Act, a law that in effect made it obsolete. The Act gave Hitler dictatorial powers, powers he would never willingly give up. 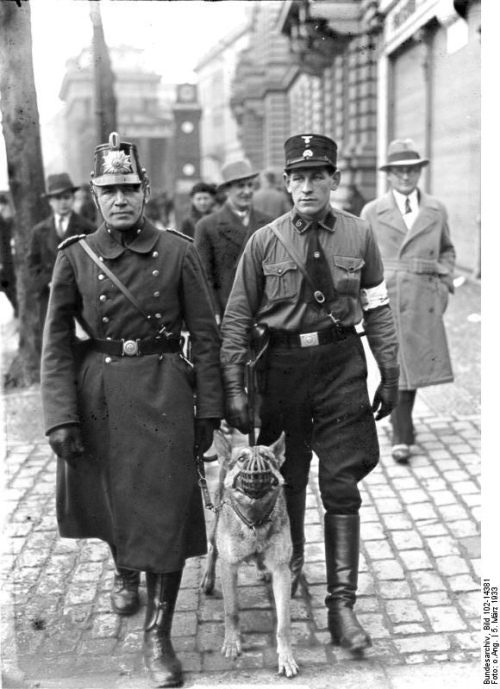 Within three months all the other German political parties were either banned or dissolved themselves. Independent newspapers were closed, or placed under Nazi propaganda supervision. Members of racial or religious minorities were persecuted and saw their citizenship rights curtailed or abolished. Political opponents or dissenting pastors and priests were placed in Concentration Camps.

Less than two weeks ago President Trump declared a National Emergency on the Southern Border with Mexico in order to build his wall. He is also working to overthrow Venezuelan Dictator Maduro, of itself not particularly objectionable as Maduro is a tyrant, unfortunately the President is not taking steps to deal with the huge number of refugees that any move to overthrow Maduro will bring. Tens of thousands of people will head to our border to be met with rejection. There is little morality or strategic sense to it.

I won’t go into the influence of foreign governments working on the President’s behalf in 2016 now, that will be exposed by any number of ongoing investigations as well as those beginning in the House of Representatives.

The was a poll that came out today that said that four in ten people would vote to re-elect President Trump, a man who Saturday led a rally of cult like followers, malcontents, religious fanatics, conspiracy theorists, and hate filled propagandists. The President’s speech was full of racist tropes, scurrilous accusations, profanity, and lie after lie. He threatened opponents, including those of his own party.

The President appeared possessed, as if he was under the influence of Amphetamines. It was frightening to watch, more so than any speech I have ever seen him give, and I actually attended one of his rallies in October 2016. I compared it to a Nuremberg Party Rally, the kind that followed Hitler’s takeover.

I mused upon the numbers, 43.9%, not even a majority of the vote, just like 2016 when he lost the popular voted by over 3 million votes. The President’s former lawyer and fixer, Michael Cohen warned us last week that if Trump loses the election, that there will not be a smooth transition of power. Neither Trump nor his followers will abide it.

“The hero of a David Lodge novel says that you don’t know, when you make love for the last time, that you are making love for the last time. Voting is like that. Some of the Germans who voted for the Nazi Party in 1932 no doubt understood that this might be the last meaningfully free election for some time, but most did not. Some of the Czechs and Slovaks who voted for the Czechoslovak Communist Party in 1946 probably realized that they were voting for the end of democracy, but most assumed they would have another chance. No doubt the Russians who voted in 1990 did not think that this would be the last free and fair election in their country’s history, which (thus far) it has been. Any election can be the last, or at least the last in the lifetime of the person casting the vote.”

Imagine, a militant minority led by an unstable and volatile con man ruling in an authoritarian state after overwhelming its Constitution and institutions. It is already beginning.

Milton Mayer wrote of an encounter with a German colleague at a German University after the war. His friend noted:

“How is this to be avoided, among ordinary men, even highly educated ordinary men? Frankly, I do not know. I do not see, even now. Many, many times since it all happened I have pondered that pair of great maxims, Principiis obsta and Finem respice—‘Resist the beginnings’ and ‘Consider the end.’ But one must foresee the end in order to resist, or even see, the beginnings. One must foresee the end clearly and certainly and how is this to be done, by ordinary men or even by extraordinary men? Things might have. And everyone counts on that might.”

So take these words into your hearts and minds. “Resist the beginnings… Consider the end.”

Mine Eyes Have Seen the Glory