Viva México! Cinco De Mayo, the Battle of Puebla and its Importance to the United States

The Battle of Puebla

I just wanted to wish all my readers a happy Cinco de Mayo. This holiday, which is not a Federal holiday in Mexico, and has nothing to due with Mexican Independence Day is very important to both Mexico and the United States. It celebrates the defeat of a French Army by Mexican forces at the Battle of Puebla on May 5th 1862.

Mexico had already been independent for nearly forty years when this took place. The French had led an intervention in Mexico, and members of the conservative Mexican aristocracy asked Archduke Maximilian of Austria to be the emperor of a new Imperial Mexico, and he agreed, but instead of glory found death.

Before Maximilian took over, the French first had to conquer the Mexican Republic, something that most Mexicans rather liked. At Puebla the French commander, General Charles Latrille de Lorencez underestimated the Mexican will to resist and ordered an attack on the city which was repulsed with heavy casualties. The French made an uphill frontal attack on well motivated and dug in Mexican regulars, back up by whatever militia troops and volunteers could be found. The French discovered what Americans would learn in the Civil War and Europeans would learn in the First World War: frontal charges against dug in troops were often suicidal. After several failed assaults, the Mexican Commander, General Ignacio Zaragoza unleashed his cavalry on the French flanks persuading the French Commander to withdraw.

The battle did not end the war in Mexico, but it helped inspired Mexicans opposed to Maximilian and the Empire to continue the struggle, in which they eventually prevailed. But, in a broader sense, more important to Americans it prevented French Emperor Napoleon III, the nephew of Napoleon faulted his father for the sale of French colonial lands to the United States during the Louisiana Purchase, and hoped to use the chaos of the American Civil War to regain some or all of that territory. As such he was willing to help the Confederacy in order to negate the power of a unified United States.

Had the Mexicans not been victorious at Puebla and captured Mexican City in May of 1862 there was a strong possibility that Napoleon would have recognized the Confederacy and quite possibly convinced the English to do the same. At the time General McClellan was withdrawing from his abortive Peninsular Campaign, and resistance to the war in the North was growing. However, the defeat at Puebla, coupled with the Union capture of New Orleans, followed by the Union defeat of Lee’s invasion of Maryland at Antietam in September, and the announcement of the Preliminary Emancipation Proclamation, and by exceptional Union diplomacy nipped Napoleon’s plans in the bud.

Since people around the world expected the French to have an easy time of it the victory was stunning, and it inspired the Mexican people to fight on. Now the war went on for some time. Eventually, the French succeeded in capturing Mexico City on May 17th 1863 and installed Maximilian as Emperor of Mexico upon his arrival in Veracruz on May 21st 1864. 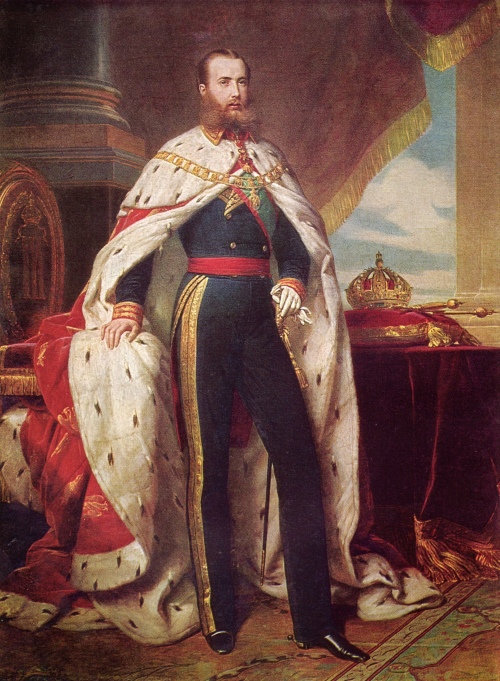 Although the French had had succeeded in installing Maximillian, the war was not over. President Benito Juarez and his Mexican Republic troops continued to resist and in 1865, aided by weapons, arms and money from the United States which now that its Civil War was over, was able to help Mexico, the Mexican Republican Forces issued a series of defeats on French Forces. Emperor Napoleon III of France, who had conjured up this mess now decided that the price of supporting Emperor Maximilian was too high, and belatedly chose better relations with the United States over the hapless Maximilian and his Mexican forces.

The French withdrew, but Emperor Max chose to fight on. He was captured by Republican forces and was tried, and sentenced to death. At his execution he paid the firing squad in gold not to shoot him in the head so his mother could see his face. The remnants of his government surrendered in Mexico City on June 20th 1867, the day after his execution.

Despite Cinco de Mayo not being an official Mexican holiday, we Americans and people in a number of other countries do celebrate it, ostensibly as a day to remember Mexican heritage, but more often as an excuse to party, eat Mexican food, and drink lots of beer, margaritas, and tequila shots. It is not the Mexican Independence Day, but a day when their outmatched forces defeated a superior French Army, and in the process helped the Union defeat the Confederacy during the American Civil War.

Today, while waiting for COVID 19 test results we spent Cinco de Mayo at our home. I ate Mexican take out we picket up yesterday, having bought more than we would need for one meal, and drinking some Modelo Especial Beer.

Have a great day, and viva la Mexico!