The Long Road to Freedom and Reconciliation: Rest in Peace Nelson Mandela 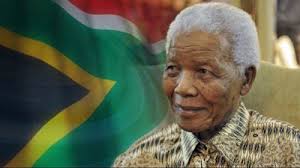 “As I walked out the door toward the gate that would lead to my freedom, I knew if I didn’t leave my bitterness and hatred behind, I’d still be in prison.”  Nelson Mandela

One of the greatest men of the last century passed away today at the age of 95. Nelson Mandela, the human and civil rights advocate in Apartheid South Africa who spent 27 years in prison before being released and overseeing the end of apartheid and the beginning of reconciliation in that country. As President he understood the importance of sport to the country and helped use the victory of the Springboks, a rugby team that during the Apartheid era embodied the spirit of that system as a way to unify the country. When the team played the New Zealand All Blacks in the World Cup of Rugby Mandela helped use it to unify the country.

Nelson Mandela was one of the most influential men of our time. He was a rare man of grace, courage integrity and vision. He was a man who fought for the liberation of every South African, not just blacks; those imprisoned by walls and laws and those imprisoned by the attitudes of their hearts an minds.

Unfortunately so many of us including me did not realize just what an amazing man he was until he had spent so many years in prison. It was only after his release that I began to appreciate and admire him. Up until that point I had only thought that he was another Marxist type revolutionary. Of course I had never read anything he had ever written and didn’t know anything about his life or story. All I knew is that South Africa was “democratic” and stood against the Soviets and their proxies.

My knowledge of him until his release and later election as the President of South Africa was the product of Cold War anti-Communist propaganda coupled with a distaste for “revolutionaries” in general. However when I began to read his works, understand his life and causes and put them into actual historical context of racism, imperialism and colonialism in Africa I was ashamed of my former views.

The sad thing was that in the United States I was anti-racism and discrimination and pro equal rights and integration for blacks and other minorities. I was a liberal here in regard to these issues even as I excused the vestiges of colonialism, imperialism and racism in South Africa simply because of the my Cold War “realism.” It is funny how a utilitarian ethic can lead people to positions that are diametrical opposites even in their own life and positions. The irony is that it was the fall of the Berlin Wall and collapse of Soviet Communism that brought the staunchly anti-Communist President F. W. De Klerk to release Mandela from captivity and eventually work with Mandela to end Apartheid. 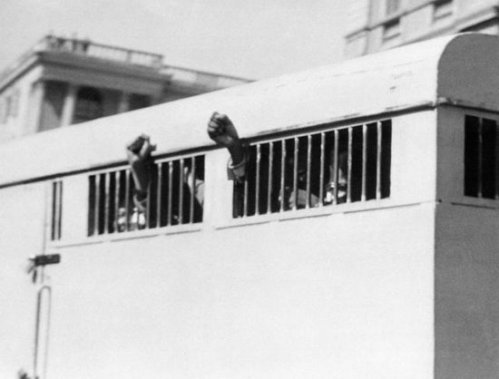 When Mandela became President of South Africa I finally began to understand the man who before had been a caricature painted by my supposed “foreign policy realism.” His actions upon his release from prison, his election and his life after leaving office were nothing more than amazing. He was a man of rare personal and pubic integrity, courage, grace and virtue. 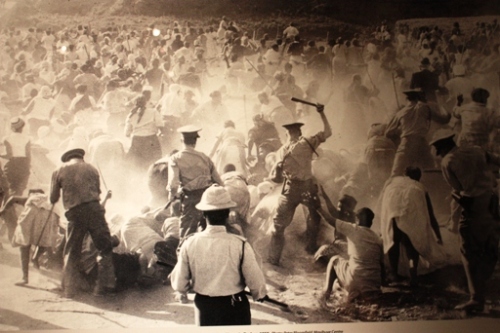 Unlike other victorious revolutionaries he did not seek vengeance or seek to settle old scores. His committee on reconciliation was just that. It was not a commission that sought to punish men and women who during the apartheid days persecuted him but all non-whites in South Africa. Mandela understood something that others across the political, racial and religious spectrum fail to understand. He understood that resentment  of the other is a poison. His comment that “Having resentment against someone is like drinking poison and thinking it will kill your enemy”  is among the most rue that an philosopher, politician or preacher has ever uttered.

Mandela’s personal leadership in South Africa’s transition from apartheid was perhaps on of his greatest triumphs. It would have been very easy for the country to collapse, for whites to be forced to flee or for civil war between the ANC, various tribal leaders and governments and the South Africa’s white population to tear the country apart and lead to great bloodshed. Instead Mandela modeled reconciliation. He understood something about freedom that many of us never really understand. He wrote: “For to be free is not merely to cast off one’s chains, but to live in a way that respects and enhances the freedom of others.”

Likewise Mandela understood the dynamic human tension that exists between hatred and love. He understood that both were learned behaviors. His words “for to be free is not merely to cast off one’s chains, but to live in a way that respects and enhances the freedom of others,” embody that dynamic. That goes back to Mandela’s many years of imprisonment, years that many in the same situation would become bitter, consumed by hatred and ready to seek revenge, a revenge that he knew would achieve nothing positive. He knew that unless he left hatred and bitterness behind that he would still be in prison, a prison that so many of us, including me at times find ourselves. A prison without physical walls and bars but a prison nonetheless.

He understood that that hatred and bitterness only served to fill a cup of resentment which in his words “resentment is like drinking poison then hoping it will kill your enemies.” 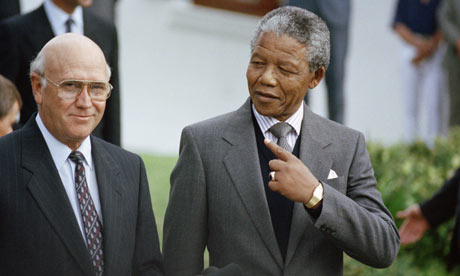 He was not unrealistic. He understood that many people saw him as their enemy. He also understood that in a country where great differences existed that such was the case. That being said he understood something that is lacking in much political discourse in our country today. He noted “If you want to make peace with your enemy, you have to work with your enemy. Then he becomes your partner.” That is something that we need to learn again.

I thank God for Nelson Mandela, his life and works. He was truly a man for the ages. He was a giant. May he rest in peace.