Mr. Jefferson BUILD UP THAT WALL! 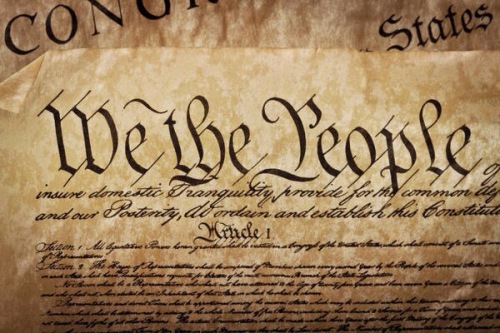 I don’t know about you but I am sick and tired of people, no matter what their religious belief in this country who use the Constitutionally protections extended to religious freedom in manners that the founders of our country never would have imagined. The fact that those basic religious freedoms are not in danger in any way is irrelevant to true believers  who in their insecurity need to create new laws specifically crafted to allow them to discriminate against others based on their supposedly sincere religious beliefs. Sadly, and I say this as a Christian, the vast majority of people doing this are people that claim to be Christians.

“Because religious belief, or non belief, is such an important part of every person’s life, freedom of religion affects every individual. Religious institutions that use government power to support themselves and force their views of other faiths, or no faith, undermine all our civil rights. Morever, state support of an established religion tends to make the clergy unresponsive to their own people, and leads to corruption in religion itself. Erecting the “wall of separation between church and state,” therefore, is absolutely essential in a free society.”

You see my friends, Jeferson and the other courageous men who so carefully crafted this wall of separation had real experience with the abuses by church-state and the incestuous clergy who used state power to prop up themselves and their churches and to persecution those that refused to submit to their control. Likewise there were religious groups in the recently independent former colonies like the Baptists who in Virginia and other states, as well as the Quakers in Massachusetts who were victims of such persecution, and they were determined not to let it happen here through the marriage of church and state.

In fact Jefferson was was convinced that no specific God or religion be established, and not only in the Constitution of the United States, but in his own home state, the Commonwealth of Virginia. There Jefferson authored the Virginia a religious liberty bill which was passed, but which met with considerable opposition from faithful Christians. Reflecting on that legislation Jefferson wrote this in 1821:

“[When] the [Virginia] bill for the establishment of religious freedom…was finally passed,…a singular proposition proved that it’s protection of opinion was meant to be universal. Where the preamble declares that coercion is a departure from the holy author of our religion, an ammendment was proposed, by inserting “Jesus Christ,” so that it should read “a departure from the plan of Jesus Christ, the holy author of our religion.” The insertion was rejected by a great majority, in proof tha they meant to comprehend within the mantle of its protection the Jew and the Gentile, the Christian and the Mahamoten, the Hindoo and the infidel of every denomination.”

Sadly, jefferson’s words are twisted, rejected and even despised by the authors of the Religious Liberty Resoration Acts being enacted in state houses around the country. Not only are the state legislatures enacting laws meant only to provide Christians the  protection and the police power of the state to discriminate against any person, or group based on religious belief. Our founders, especially Jefferson and Madison who have found that incomprehensible, but then they would certainly not be surprised because they had seen it and lived under it during the English Adminstration of the colonies. They also understood human nature very well.

Thus I think that we should applaud Thomas Jefferson and like Christopher Hitchens exclaim “Mr. Jefferson. BUILD UP THAT WALL!”

However that wall is being torn down by the descendants of Christians who longed to be free from the coercion and evil wrought by the marriage of church and state, a marriage which Jefferson so wisely noted harmed the church as much as the state.

I have spent the better part of my adult life as a military chaplain defending and protecting the rights of others to their free exercise of reglion whether or not I agreed with them. I held and still hold that to be a sacred duty of my commission and office. I can also state that even most people who did not agree with regarding my beliefs respected me and still consult me because first they knew that I cared about them and secondly that they knew that I would do all within my power to protect their freedom the excercise their religion, or to have no religion and not to be penalized for it.

But that being said I have found that I am increasingly isolated by the fervent relionists who have highjacked the understanding of religious freedom to mean theirs and only theirs and who use the battering ram of the legislature to destroy Mr. Jefferson’s “Wall.” Sadly they are to blind to see that their actions are a two-edged sword which once precedence has been established can be turned on them with a vengeance.

Last night I was watching one of my favorite television series, Boston Legal. My favorite character in the show is the lawyer played by James Spader, one Alan Shore. In the episode Whose God is it Anyway  Spader’s character is defending a friend form charges or religious discrimination in the workplace, and his character, Alan Shore delivers this remarkable closing, which because of the unrelenting actions of many of my Christian Brothers and Sisters in putting their rights and privileges as Christians over those of other citizens. That my friends is profoundly dangerous.

By doing so they through their intense hubris not only harm others as they attempt to control them by the police power of the state but damage their own credibility and the religious liberty of Americans yet to be born. It is no wonder that this generation of American Christianity is shedding members at a rate never seen in this country before, and driving those who they might want to bring to faith away. But I digress…

In that episode of Boston Legal something that I wish I had thought of and said years ago and which I am certain that if  Jefferson, Madison and so many of our founders would agree with if they had lived to see the depths of dishonesty of Christian individuals, businesses and legislatures have sunk in their abuse of others through their unremitting pursuit of their religious freedom. That is not just at home where they enact laws allowing them to discriminate, but through their apocalyptic machinations to bring the world to war killing billions of people just so Jesus will come back. Though they would deny it, their ultimate goals, albeit in the name of a different  God, are little different than that the Islamic State, Al Qaida, the Iranian Mullahs or Hezbollah. That my friends should scare the living shit out of any rational person.

So here is that closing:

“I don’t know about you but I’m getting a little tired of the religious freedom thing. When did religion get such a good name anyway. Be it the Crusades, the reformation genocides, the troubles in Northern Ireland, the Middle East, mass slaughters in the name of Allah, the obligatory reciprocal retributions. Hundreds of millions have died in religious conflicts. Hitler did his business in the name of his creator. Religious extremism, it’s our greatest threat today, a holy jihad. If we’re not ready to strip religion of its sacred cow status, how about we at least scale back on the Constitutoional dogma exalting it as all get out….

Everyone should get to believe in his God, pray to his God, worship his God of course. But to impose him on others, to victimize others in his name?  The founding fathers set out to prevent persecution, not license it…

At a certain point we have to say “enough with this freedom of religion crap. Yuck, yuck, yuck. I know, I’ll get letters….”

To that I can only say “Amen!”

So with that I bid you a good day.