I light of the attack in Garland by Islamic extremists possibly connected with the Islamic State which has claimed credit for the attack, I am re-posting an article that I wrote the day after the attack and slaughter of the staff of Charlie Hebdo. The fact is I believe that religion around the world is becoming more and more toxic as fanatics of every sect determine that they alone speak for God and serve as the instruments of God’s wrath against all who do not believe like them.

Have a great night, and for those who read, commented and messaged me about my post from late last night and early this morning, thank you. Your encouragement was much needed. I was about to spend some time with my therapist and also gather some support on the military side of the house in dealing with the frustration that I have encountered over the past number of years. 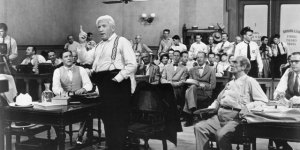 “An idea is a greater monument than a cathedral. And the advance of man’s knowledge is a greater miracle than all the sticks turned to snakes or the parting of the waters.” Henry Drummond (Spencer Tracy) in Inherit the Wind 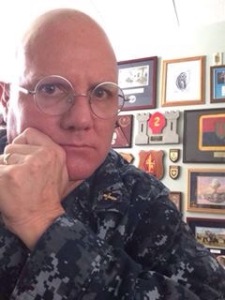 It is funny how a single event, or a number of seemingly unrelated events can change all the plans for a week of writing. Tonight I am struggling with my own feelings as I try to make sense out of my own experiences as well as the events of the day. I am still awake and writing because of how upset I am about a number of things that really  on the surface shouldn’t be so upsetting but wound me deeply.

This weekend I will be leading a group of my students to Gettysburg and I have been working on my Gettysburg text as well as revisions to that text. My plan is to place a number of the short biographic articles on a number of leaders in that battle who I find particularly interesting and not just for what they did in the battle. I find complex and contradictory people fascinating. Likewise I will be posting an article about the classic action of the first day of the battle between the Union cavalry under Brigadier General John Buford, a fascinating man in his own right and Confederate general Harry Heth who led the Confederate army into the a battle that would help turn the tide of the war.

Of course I am cognizant of the the fact that events can change my plans as far as what I intend to write and tend to plan accordingly. But sometimes such events actually give me a chance to reflect and actually cause me to think about the significance of those events. Since I do a lot of that the attack in Garland that I wrote about yesterday has triggered some more of those thoughts.

When I wrote yesterday’s article I began thinking about some of the things that I wrote in the wake of the Charlie Hebdo massacre in Paris as well as other terrorist attacks, those of Moslems as well as those who attack and hate Moslems. Some critics might think I am being “politically correct” but truth is truth and terrorism no matter what the ideology or religion of those who kill innocents is evil. So I think I will probably re-package one or more of those articles because of the attack in Garland because when I went back and re-read the series I saw that so much of what I wrote then was still pertinent today, and because of the seriousness of what is going on probably need more attention.

I will also be writing something about the Battle of Dien Bien Phu which sealed the fate of French colonialism in Indochina. That battle was concluded sixty-one years ago this week. Having been a participant in the Iraq war, a war which like Indochina was a disaster for the colonial power and a war in which the soldiers who sacrificed so much were so rapidly forgotten by the nation even as they were thrown into other hopeless wars.

I have been reading a book on the experiences of the Union soldiers when they returned home from the Civil War and that book has stirred up a lot of my emotions concerning my return from Iraq and what I have experienced over the past six years.

Sadly I have a hard time containing my bitterness about my sacrifices and the insults I have endured even from the incredibly irrational and insensitive military bureaucracy and even my own Chaplain Corps. Some of that I was reminded of today in dealing with a bureaucracy that ensures that you are caught in a permanent state of “catch-twenty-two” when simply trying to get the appropriate credit for what you have done. I ran into that today in regard to an administrative catch-twenty-two regarding my Joint Qualification credit and I am so angry that I can scarcely contain myself. Sadly, that is just one more reason that I will be glad to retire in 2017.

The past week I have had terrible nightmares, some dealing with those issues and I can fully understand the words of Union General Gouverneur Warren who wrote his wife after the war:

“I wish I did not dream so much. They make me sometimes to dread to go to sleep. Scenes from the war, are so constantly recalled, with bitter feelings I wish never to experience again. Lies, vanity, treachery, and carnage.”

I fully understand how Warren felt, because he was not only a victim of the war but of Army bureaucracy. In Warren I have found someone that I can completely understand and relate to in what he had to deal with during and after the war.

People ask me sometimes why I will remove my name from consideration for promotion to Captain in the Navy Chaplain Corps and retire instead of remaining on active duty and possibly make Captain. This my friends something that many men and women would consider the pinnacle of accomplishment, and which a number of senior chaplains tell me I would be very competitive. In fact even two years ago I would have almost sold my soul to be promoted to that rank. But I know that don’t need to sacrifice any more of my life for a promotion that I no longer want.

Maybe I’m a bit bitter, not terribly, but enough to make me realize that I don’t want to deal with the bullshit that I would have to deal with at a higher rank as I now realize that I am rank enough in my own right. Frankly, somehow I need to let go of the bitterness and disappointment that I have, but I realize that I may never fully let it go. Not because I do not want to, but because whenever I turn around there is yet another reminder which twists the knife in my belly that the bureaucrats in the service do not give a damn about me, or for that matter anyone else.

But I am now rambling and I should stop writing for the night before I get myself in trouble by being too honest by naming names.

Until the next time, pray for me a sinner.