Created Equal: The Standard Maxim of a Free Society 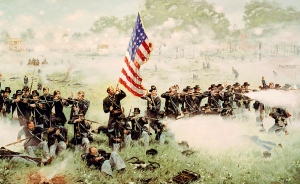 I spent the last few days writing about my feelings regarding the rights of my Gay and Lesbian friends. So I have just a couple of thoughts as I begin this next week.

In December of 1862, President Abraham Lincoln spoke these profound words to Congress prior to the signing of the Emancipation Proclamation Lincoln.

“Fellow citizens, we cannot escape history….This fiery trial through which we pass, will light us down, in honor or dishonor, to the latest generation….In giving freedom to the slave, we assure freedom to the free – honorable alike in what we give, and what we preserve.”

His words in giving freedom to the slave, we assure freedom to the free are part of an understanding of freedom, especially Lincoln’s radical understanding that the Declaration of Independence actually meant what it said that “all men are created equal.” For Lincoln this meant African Americans, including those that labored as slaves. Lincoln understood the Declaration in its most broad understanding; he saw it as a universal liberty. As early as 1854 Lincoln posed the idea that the Declaration of Independence was “the standard maxim of free society …constantly spreading and deepening its influence,” ultimately applicable “to peoples of all colors everywhere.”

Today there are a lot of people, especially the loudly political preachers, pundits and politicians of the Christian right and their allies who are committed to rolling back the rights of blacks, but also of women, and to prevent Gays, Lesbians and others of the LGBTQ community from having any rights commensurate with their status as citizens.

But that is not all. In many states we have seen the protections of the Voter’s Rights Act being eroded as state legislatures enact laws to restrict voting rights and make it more difficult for people to exercise their right to vote. State legislatures are enacting laws that allow people to discriminate against others based on “a sincerely held religious belief” and while those laws are targeted against Gays they are in many cases written so broadly that they will protect just about any form of discrimination based on religion.

That is why what Lincoln said as he was preparing to sign the Emancipation Proclamation matters today. When we give freedom to people, we protect the freedom of everyone, but that my friends is not how many people in the so-called Christian Right see it.

For these religious ideologues the only freedom that matters is their freedom to discriminate against others in God’s name. This is because they, like the anointed lords of the Southern Aristocracy believe that it is God’s will for them to do this. Sounding like a Southern planter, preacher or politician of the 1850s the founder of the movement known and Christian Dominionism R.J. Rushdooney wrote: “One faith, one law and one standard of justice did not mean democracy. The heresy of democracy has since then worked havoc in church and state . . . Christianity and democracy are inevitably enemies.”

British Evangelical-Anglican theologian Alister McGrath notes how “the arguments used by the pro-slavery lobby represent a fascinating illustration and condemnation of how the Bible may be used to support a notion by reading the text within a rigid interpretive framework that forces predetermined conclusions to the text.”

That is what we are dealing with today and why it matters, to all of us, regardless of our political or religious ideology. There is a party of Christians who have tremendous political power who are using it for the most nefarious of purposes, using the law and the police power of the state to deny rights to others while preserving their own while claiming to be the victims of persecution, just as did Southern slaveholders in the 1830s to 1861.

So that is all for now. Have a great week.