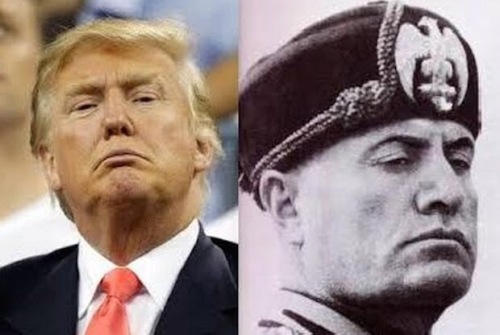 I have returned home from my vacation in time to spend some time relaxing over the Labor Day weekend while hopefully dodging the worst of what will be Tropical Storm Hermine. I am going to be writing a number of articles as well as pictures from our time in Huntington, West Virginia this weekend, articles that will deal with history, art and culture, as well as social and political commentary.

Yesterday I posted a short article about how despots come to power referencing the words of British military historian B.H. Liddell-Hart in his book Why Don’t We Learn from History?  Since I gave a brief introduction to that work yesterday I will not repeat the introduction. Instead I will go to the second part of how he described despots, or what we commonly call dictators today.

Yesterday I briefly discussed Liddell-Hart’s understanding of the important differences between democracy and dictatorship and why despite all the inefficiency of the former that it is infinitely preferable to the latter or for that matter any other form of government.

Since I left off and let you my friends and readers meditate on how despots come to power, I will now finish with what Liddell-Hart said about what happens after a despot takes power. He is right of course. Since the French Revolution we can look to Napoleon, Stalin, Hitler, three generations of North Korean Kims, Mussolini, Ceausescu, Pol Pot, the Castros, Pinocet, Mugabe, not to mention the multitude of other despots of the Middle East, Africa, Asia, the Americas, and Europe, but I digress.

We learn from history that time does little to alter the psychology of dictatorship. The effect of power on the mind of the man who possesses it, especially when he has gained it by successful aggression, tends to be remarkably similar in every age and in every country.

Yesterday I asked you my readers to compare what Liddell-Hart said about how despots come to power and think about how what he said is evidenced in the campaign of Donald Trump. So that being said, Liddell-Hart noted that once a despot achieves power that their reign is marked by the following types of events:

They soon begin to rid themselves of their chief helpers, “discovering” that those who brought about the new order have suddenly become traitors to it.

This political confidence trick, itself a familiar string of tricks, has been repeated all down the ages. Yet it rarely fails to take in a fresh generation.

Now pause for a moment. Donald Trump has not been elected to anything, but compare his business career and current political campaign rhetoric to Liddell-Hart’s words about despots in power. And since I am tired I will leave you to contemplate Liddell-Hart’s words from a half-century ago and imagine a Trump presidency.

One response to “When Despots Gain Power”