Some Civil War Reading for those Who Dare Question Trump, Kelly, and Sanders 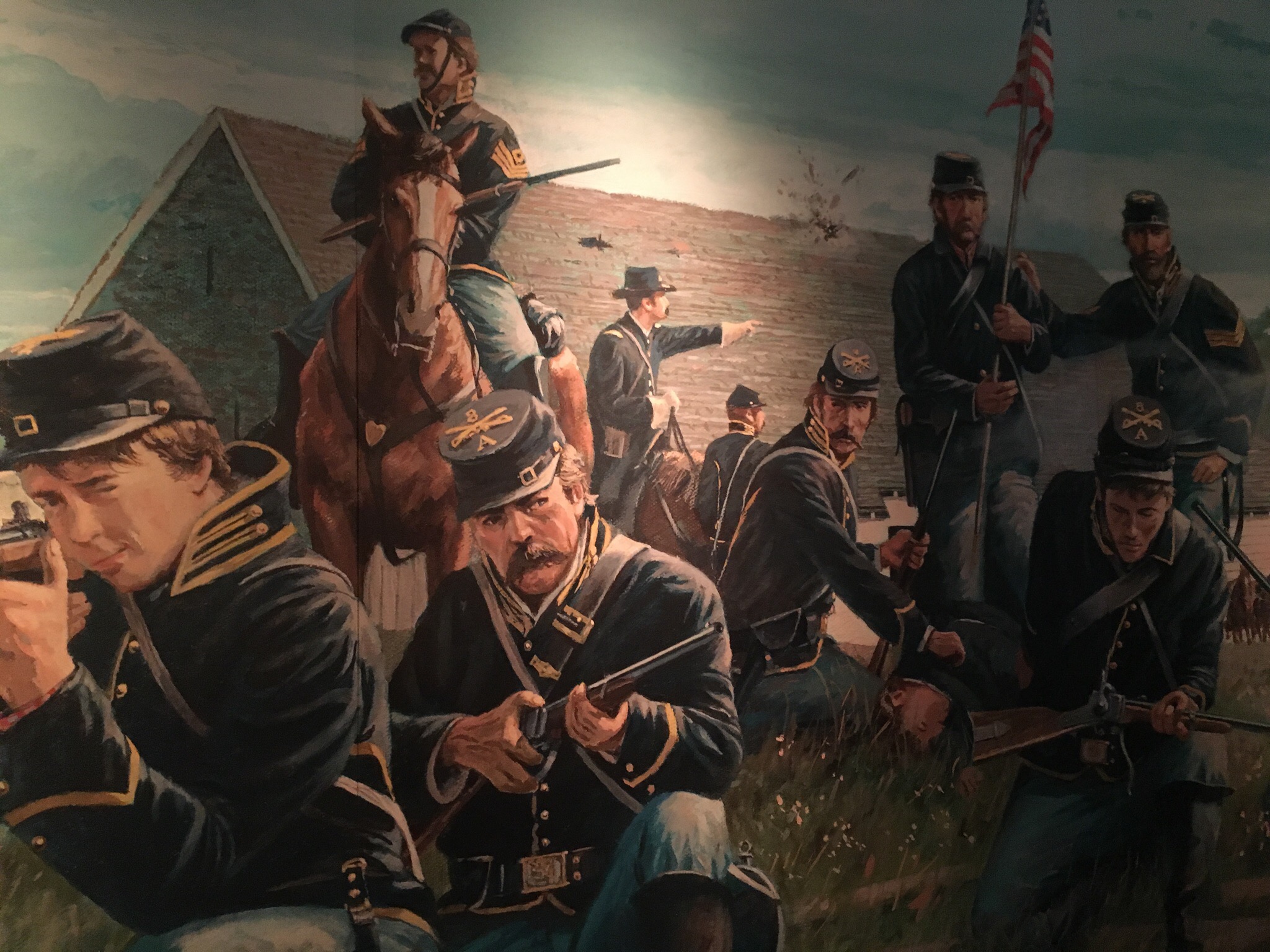 I am still appalled at the remarks made by President Trump’s Chief of Staff on Laura Ingraham’s Fox News propaganda broadcast the other night. In my view a man whose military career was marked by honorable service has destroyed his reputation over the past month in defending the indefensible words and actions of President Trump. In doing that he also went to where no knowledgeable person should go in his remarks about the Civil War and the traitorous Confederate General Robert E. Lee. According to Kelly the war was simply due to an inability to compromise, disregarding decades of compromise by slavery opponents beginning with the 3/5ths rule which allowed Slave States which had far fewer white citizens than Free States to count their slaves as 3/5ths of a person to increase their representation in the House of Representatives and many other compromises, all of which benefited slave owners, Slave States, and businesses in the South and North who all profited from slavery.

The fact that Kelly also defended Confederate General Robert E. Lee, a man whose life has been baptized in myth for a century and a half, and was backed up by Press Secretary Sarah Huckabee Sanders, and the previous words of the President who called the White Supremacists and Neo-Nazis whose march in Charlottesville resulted in the deaths of one counter-protester and two Virginia State Troopers “good people.”

Like General Kelly I am a military and combat veteran of over 30 years of service, and though I didn’t know him at the time our careers crossed paths in 2000-2001 in the Second Marine Division at Camp LeJeune North Carolina. That being said I have more post-graduate education than the retired General, I am a historian, and I also have completed the same level of Joint Professional Military Education as Kelly. In addition my first book, Mine Eyes Have Seen the Glory: Race, Religion, Ideology, and Politics in the Civil War Era, which hopefully will be published in the next year deals extensively with the subject of slavery and Southerner’s inability to compromise as the chief cause of the Civil War will show that I actually have the gravitas to tell the retired General, the Press Secretary, or the President, that on this subject they should not make idiots of themselves by spouting such moronic and historically unsupportable comments.

But I don’t want my readers to just take my word for it. Here is a reading list of reputable and non-politically ideological historians and their works which demonstrate my points. So here they are in no particular order:

Battlecry of Freedom by James McPherson which is the definite one volume treatment of the era. It is followed by Allen Guelzo’s Fateful Lightning: A New History of the Civil War, and David Goldfield’s America Aflame: How the Civil War Created a Nation. But there are more…

Eric Foner’s “Forever Free: The Story of Emancipation and Reconstruction”, David Blight’s Beyond the Battlefield: Race Memory, and the American Civil War, and Charles Lane’s The Day Freedom Died: The Colfax Massacre, the Supreme Court, and the Betrayal of Reconstruction are equally important in understanding how slavery and racism were paramount issues in what caused the conflict and the events following it. Of course one cannot forget the Autobiography of Frederick Douglass when contemplating the causes of the war in regards to race and slavery. Meanwhile Stephanie McCurry’s Confederate Reckoning: Power and Politics in the Civil War South helps readers to understand the domestic politics of the Confederacy. Likewise, Elizabeth Pryor’s Reading the Man: A Portrait of Robert E. Lee helps bust the myth of Lee using his own words.

But religion in the South had a profound impact on the war, principally because Southern religious leaders were in the forefront of the support of slavery and the push for secession, and Michael Snay’s Gospel of Disunion: Religion and Separatism in the Antebellum South is one of a number of books that demonstrate the importance that pro-slavery and pro-secession leaders ascribed to Religion and their view that God had ordained slavery and created blacks as less than human.

Less known stories are told by Brian Jordan in his book Marching Home: Union Veterans and their Unending Civil War, and Noah Andre Trudeau’s Like Men of War: Black Troops in the Civil War are especially important in light of the vast numbers of books that extol the Confederate Army and its soldiers.

If one wants to read collections of essays from individuals, politicians, and the press regarding the causes of the war and what happened afterward the must read collections include James Lowen’s The Confederate and Neo-Confederate Reader: The “Great Truth” about the “Lost Cause”, William Gienapp’s The Civil War and Reconstruction: A Documentary Collection and the New York Times collection Disunion: Modern Historians Revisit and Reconsider the Civil War From Lincoln’s Election to the Emancipation Proclamation.

I could recommend quite a few more books and collections but I think this is enough for now. Reading books like these helps to discourage ignorance and makes one accountable for what they say about history, especially when people like Kelly, Sanders, and Trump, try to misuse it as a weapon to advance falsehoods and buttress unconscionable and unconstitutional ideas. I do have a draft of an article about Robert E. Lee that I will do some more work with before I publish it here, but honestly, the man is not one that any officer should aspire to be like, despite the myth that surrounds him.

Until tomorrow when I hope to be writing about what has been a great World Series I wish you a great night and day.