Resisting Catastrophe and Looking to Resurrection: Faith in the Trump Era 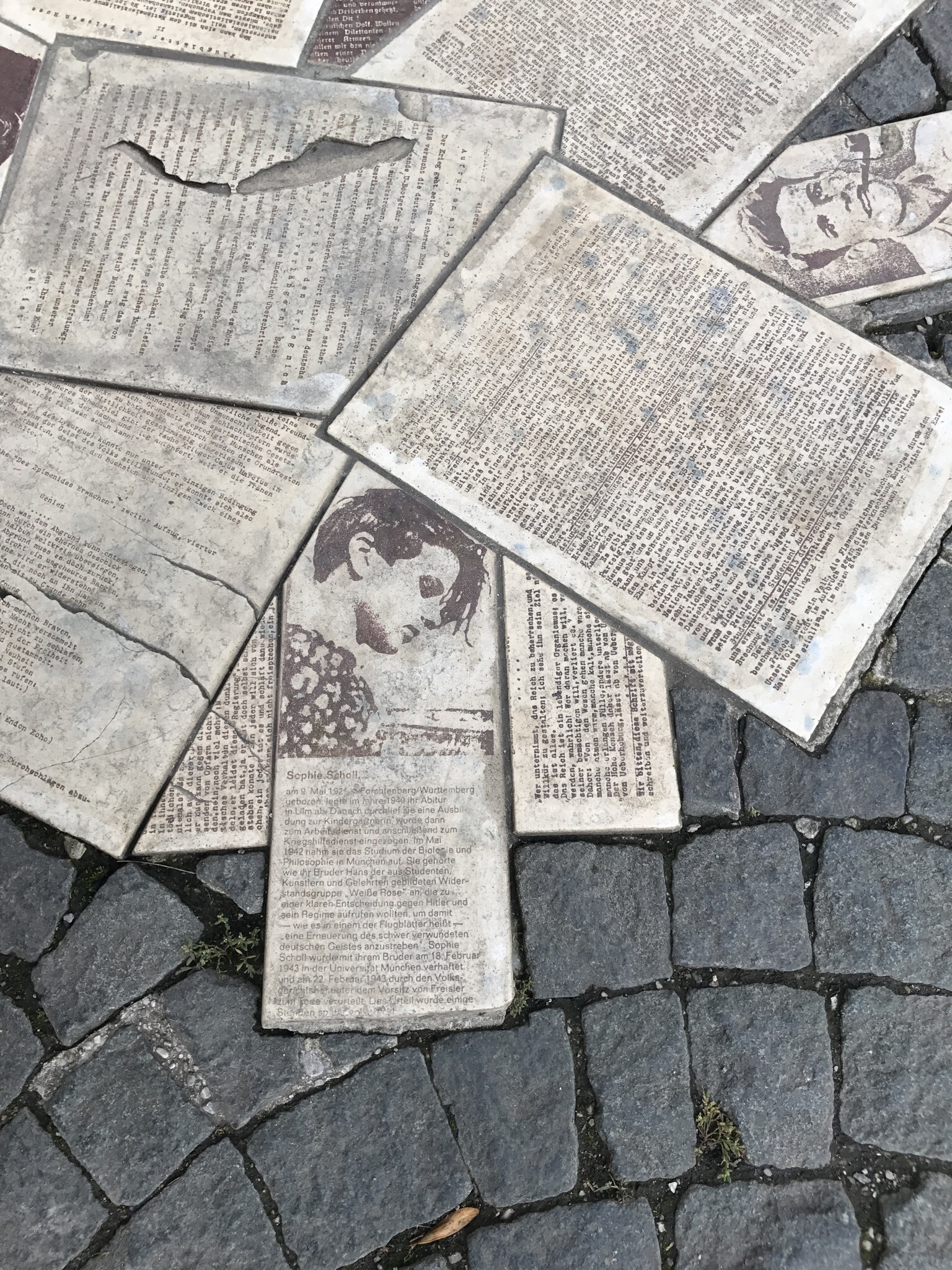 Sophie Scholl, who played a pivotal role in the White Rose resistance movement wrote: “Somebody, after all, had to make a start. What we wrote and said is also believed by others. They just don’t dare express themselves as we did.”

‘of men like President Trump and Alabama candidate for the U.S. Senate, Roy Moore, the more I am convinced that regardless of whatever political power or success that they achieve, that have forever destroyed the credibility of the Christian Church in the United States. They have aligned themselves with White Nationalists, Neo-Nazis, and sexual predators in ways not seen since the German Christians threw away their faith for the cause of Adolf Hitler in the early 1930s.

What was especially discouraging was the rally where a number of Moore’s clergy supporters joined the candidate to hail him as a hero and martyr in his stand against the rights of LGBTQ citizens, Flip Benham who told Moore that he gets “the applause of heaven.” Even more discouraging were the comments of Alabama Governor Kay Ivey, also a conservative Evangelical Christian said while she “has no reason to disbelieve” Moore’s female accusers said that she will vote for Moore because “we need to have a Republican in the United States Senate to vote on things like the Supreme Court justices, other appointments the Senate has to confirm and make major decisions,”

My friend Father Kenneth Tanner, a conservative Priest wrote: “No. It is never OK to turn a blind eye to multiple and credible witnesses against a leader running for public office because utilitarian politics are more important than principles and human decency.

It matters not one wit if a presidential agenda or a senate majority or the makeup of the Supreme Court or any other grave moral challenge—like the precious life of the unborn—hangs in the balance.”

Today Andrew Sullivan wrote: “The Christian right’s support for a sociopathic, cruel, and vulgar pagan was inevitable, in other words, from the moment the Moral Majority was born. If politics is fused with religion, and if your opponents are deemed evil, then almost anything can be justified to defeat them. Sooner or later, you’l find yourself defending the molestation of a minor. Which is why I have long refused to call this political movement Christian, but Christianist. It is not about faith; it is about power.”

Dietrich Bonhoeffer, The German pastor who would be murdered at the command of Adolf Hitler in April 1945 wrote:

Sadly, I don’t think that what passes for Christian in the United States can do this. It would be better that what passes for Christian would collapse under the weight of its own lies and misrepresentations in the pursuit of temporal power than for it to continue in this rotten state. It has sold its soul for a prize that can only destroy it. The good thing is that Jesus the Christ is still engaged in bringing new life to the dead and that he works through people who know their inadequacy in order to bring it to the world. As Juergen Moltmann wrote:

“Believing in the resurrection does not just mean assenting to a dogma and noting a historical fact. It means participating in this creative act of God’s … Resurrection is not a consoling opium, soothing us with the promise of a better world in the hereafter. It is the energy for a rebirth of this life. The hope doesn’t point to another world. It is focused on the redemption of this one.”

So in spite of my pessimism in regard to the state of what Sullivan calls Christianist I still believe in the energy of resurrection and rebirth in this life and world. I believe that I have to be part of that even if it offends the Christianists who would use the power of the state to persecute and kill those they despise, the same people who Jesus defended.

I have come to realize that the offense I take against the notion of a Christian Nation promoted by Roy Moore and his supporters and their idol President Trump is that they prostitute the Gospel for the filthy rags of unrequited political power. I have come to realize more and more that my faith, as small and insignificant as it so often is, is the source of my politics. That is why I must resist as Bonhoeffer noted:

“If I sit next to a madman as he drives a car into a group of innocent bystanders, I can’t, as a Christian, simply wait for the catastrophe, then comfort the wounded and bury the dead. I must try to wrestle the steering wheel out of the hands of the driver.”

Sophie Scholl and her friends in the White Rose circle, Bonhoeffer and others resisted when others who called themselves Christians either wholeheartedly supported Hitler and the NSDAP or chose to remain silent during the Nazi era. Traudl Juergen who served as Hitler’s Secretary from 1942 until his death in Berlin struggled with her roll in the war and how after the war it occurred to her that she could have done more:

“All these horrors I’ve heard of during the Nurnberg process, these six million Jews, other thinking people or people of another race, who perished. That shocked me deeply. But I hadn’t made the connection with my past. I assured myself with the thought of not being personally guilty. And that I didn’t know anything about the enormous scale of it. But one day I walked by a memorial plate of Sophie Scholl in the Franz-Joseph-Strasse. I saw that she was about my age and she was executed in the same year I came to Hitler. And at that moment I actually realised that a young age isn’t an excuse. And that it might have been possible to get to know things.”