Justice and Life as an Exercise in Exceptions: Faith in the Age of Trump 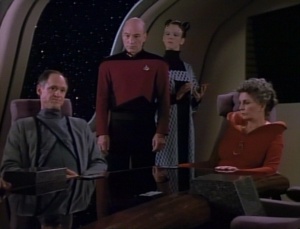 I find much truth in Whitehead’s words. Those who follow my writings know how much I struggle with faith and doubt on a daily basis. I believe, but as the man told Jesus when he asked Jesus to heal his child “I believe, help my unbelief.” I no longer believe in the “absolute truths” that I once believed.

Of course to some this makes me a heretic or worse. That being said, as a Christian, I have faith in a God I cannot see or prove. I have faith in a God who Scripture and Tradition clothes himself in human weakness and allows himself to be killed based on the trumped up charges of corrupt and fearful religious leaders aided by fearful politicians. For me this is part of being a theologian of the Cross in a post-Auschwitz world.

Jürgen Moltmann, a German theologian who wrote the book The Crucified God answered a question about believing in God after Auschwitz:

“A shattering expression of the theologia crucis which is suggested in the rabbinic theology of God’s humiliation of himself is to be found in Night, a book written by E. Wiesel, a survivor of Auschwitz:

The SS hanged two Jewish men and a youth in front of the whole camp. The men died quickly, but the death throes of the youth lasted for half an hour. ‘Where is God? Where is he?’ someone asked behind me. As the youth still hung in torment for a long time, I heard the man call again, ‘Where is God now?’ And I heard a voice in myself answer: ‘Where is he? He is here. He is hanging there on the gallows…’

In answer to the question “How can we believe in God after Auschwitz he responded:

“In whom can we believe after Auschwitz if not God?

If we abandoned our faith in God after Auschwitz, we would give Hitler a posthumous victory.

And as long as we know that the ‘Sh’ma Yisrael’ and the ‘Our Father’ prayers were prayed in Auschwitz, we must not give up our faith in God.”

Thus, while I believe, I have a problem with Christians or members of other religions try to use the police power of state to enforce their beliefs on others. In this belief I am much like the great Virginia Baptist leader, John Leland who was a driving force behind the First Amendment and the Bill of Rights who wrote:

“Is conformity of sentiments in matters of religion essential to the happiness of civil government? Not at all. Government has no more to do with the religious opinions of men than it has with the principles of mathematics. Let every man speak freely without fear–maintain the principles that he believes–worship according to his own faith, either one God, three Gods, no God, or twenty Gods; and let government protect him in so doing, i.e., see that he meets with no personal abuse or loss of property for his religious opinions. Instead of discouraging him with proscriptions, fines, confiscation or death, let him be encouraged, as a free man, to bring forth his arguments and maintain his points with all boldness; then if his doctrine is false it will be confuted, and if it is true (though ever so novel) let others credit it. When every man has this liberty what can he wish for more? A liberal man asks for nothing more of government.”

When it comes to God, I believe, but my doubts are all too real. Frankly I cringe when I hear religious people speaking with absolute certitude about things that they ultimately cannot prove, and that includes the concept of justice, which cannot always be measured in absolutes.

“I don’t know how to communicate this, or even if it is possible. But the question of justice has concerned me greatly of late. And I say to any creature who may be listening, there can be no justice so long as laws are absolute. Even life itself is an exercise in exceptions.”

I have found and learned to accept that life as we know it “is an exercise in exceptions.”  We all make them, and the Bible and the history of the church is full of them. So I have a hard time with people who claim an absolute certitude in beliefs that wish to impose on others.

True believers frequently wrap themselves in the certitude of their faith. They espouse doctrines that are unprovable and then build complex doctrinal systems to prove them, systems that then which must be defended, sometimes to the death. Eric Hoffer wrote:

Henri Nouwen, the Priest who wrote the classic book on pastoral care, The Wounded Healer, and many other works wrote:

“Theological formation is the gradual and often painful discovery of God’s incomprehensibility. You can be competent in many things, but you cannot be competent in God.”

No one can be competent in God, I certainly am not. I am sure that even well meaning people who claim to be are hopelessly deluded, and those that those that use their alleged competence in God to prop up evil are far worse, they are evil men masquerading as good.

Those men and women that speak of absolutes and want to use the Bible or any other religious text as some sort of rule book that they alone can interpret need to ask themselves this question, “When has justice ever been as simple as a rulebook?” The Bible is not a rule book, but a story of imperfect people trying to understand and live an experience with a being that they, like us, can only imagine and often misunderstand.

Sadly too many people, Christians, Moslems, Jews, Hindus, and others apply their own misconceptions and prejudices to their scriptures and use them as a weapon of temporal and divine judgement on all who they oppose. However, as history, life and even our scriptures testify, that none of us can absolutely claim to know the absolutes of God. As Captain Picard noted “life itself is an exercise in exceptions.”

It takes true wisdom to know when and how to make these exceptions, wisdom based on reason, grace and mercy. Justice, is to apply the law in fairness and equity, knowing that even our best attempts can be misguided. If instead of reason we appeal to emotion, hatred, prejudice or vengeance and clothe them in the language of righteousness, what we call justice can be more evil than any evil it is supposed to correct, no matter what our motivation.

But we see it all too often, religious people and others misusing faith or ideology to condemn those they do not understand or with whom they disagree. It is happening again. 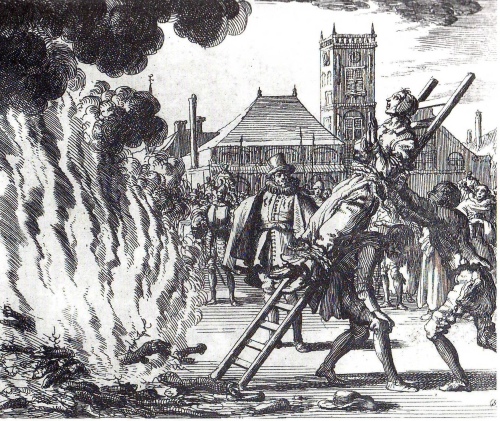 When such people gain power, especially when the do so supporting a leader who is they tend to expand that power into the realm of theocratic absolutism and despotism. As Captain Jean Luc Picard noted in the Start Trek Next Generation episode The Drumhead:

“We think we’ve come so far. Torture of heretics, burning of witches it’s all ancient history. Then – before you can blink an eye – suddenly it threatens to start all over again.”

It is happening, all around the world, and it could easily happen here. Our founders realized how easily it could happen, they warned about it; but they are dead, and neither Trump or his followers give a damn about them or the Constitution that they crafted. In fact, his followers are for more dangerous thanTrump, because they will outlast him by a generation, or more, always waiting for the chance to grab power by any means possible.