The Stuff Of Dictators: More Threats Of Violence From the President 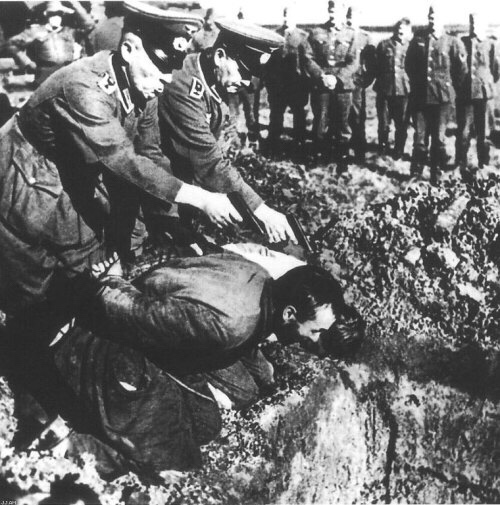 In 1989 Donald Trump wrote in a full page advertisement in the New York Daily News:  “civil liberties end when an attack on our safety begins.” He said that in relation to the Central Park Five, five teenagers who were falsely accused and convicted of the rape of a jogger in Central Park. In 2002 after the real assailant confessed and his crime verified by DNA evidence. Despite the reality Mr. Trump has continued to speak to that issue and claim that the five falsely convicted and imprisoned men are guilty.

Mr Trump repeated expressed his anger that they did not receive the death penalty, something that by the way is not part of the law in any state. Since becoming President the Mr Trump has suggested all sorts of extrajudicial and unconstitutional remedies to crime. Today he suggested doing that to gun owners who could be considered potential mass murderers. He told a group of Congressmen and Senators, as well as his own Vice President Mike Pence: “You could do exactly what you’re saying, but take the guns first, go through due process second.”

As I have written over the past few days in discussing the Reichstag Fire I am very concerned that as the walls close in on the Trump Presidency, that as the Muller investigation implicates more and more of his advisors and quite possibly family members, that as members of his administration like Hope Hicks admit that they lied for him, that the danger to our Republic only rises. I am afraid that there will be a Reichstag Fire moment that will allow the President to through already existing Executive orders and laws to scrap constitutional liberties and establish an authoritarian state. It’s not so much that he has to be popular to do so, the fact is that under threat of attack that most Americans will surrender liberty for the illusion of security. That was demonstrated in 2002 when the Patriot Act, an act so revoltingly un-American and totalitarian in its implications was passed overwhelmingly by both houses of Congress with hardly any resistance.

Today the President again made violent threats against his political opponents. He said:

That is what concerns me. For a President claim that the Army and Police are his personal protection force, for him to equate them to motorcycle gangs, for him to say that Nazis are fine people is extraordinarily evil and in complete defiance of the oath that he swore when he became President. In the past he has said similar things and during his campaign offered to pay the legal fees of anyone charged with attacking his opponents at his rallies.

Should a war break out, should there be a major terrorist attack, or anything that severely disrupts the country the mechanisms are in place for the President to declare the situation extraordinary and to take power. The thing is that no President has acted in such a way, but President Trump has repeatedly suggested violating the Constitution and praised foreign leaders like Dutarte, Putin, and Erdogan, men who all use such circumstances and laws to their advantage.

“For tyrants, the lesson of the Reichstag fire is that one moment of shock enables an eternity of submission. For us, the lesson is that our natural fear and grief must not enable the destruction of our institutions. Courage does not mean not fearing, or not grieving. It does mean recognizing and resisting terror management right away, from the moment of the attack, precisely when it seems most difficult to do so. After the Reichstag fire, Hannah Arendt wrote that “I was no longer of the opinion that one can simply be a bystander.”

Of course Mr Trump has a hard core of loyal supporters who in his words would remain loyal to him “even if he shot someone on 5th Avenue.” Some are actually quite frightening, but in truth I am more frightened by the vast number of people in this country of every part of the political spectrum cannot tell the difference between fact and fiction or true and false, people how simply go along with the flow, especially in times of crisis.  Hannah Arendt, who saw the Nazi takeover of Germany in the beginning wrote:

In a world such as the one that we live today it is those who simply go with the flow or are easily persuaded into accepting what in normal times they would not accept because the times are exceptional, or in a crisis believe what they are told and regardless of what happens to fellow citizens or neighbors turn their backs on injustice. Most are totally ordinary and unremarkable and are no different than so many others who committed terrible crimes against humanity and too part in genocide.

When people feel that a crisis makes a situation exceptional to the point that normal codes of conduct, social mores, laws, and ethics are Christopher Browning wrote in his book Ordinary Men:

“I fear that we live in a world in which war and racism are ubiquitous, in which the powers of government mobilization and legitimization are powerful and increasing, in which a sense of personal responsibility is increasingly attenuated by specialization and bureaucratization, and in which the peer group exerts tremendous pressures on behavior and sets moral norms. In such a world, I fear, modern governments that wish to commit mass murder will seldom fail in their efforts for being unable to induce “ordinary men” to become their “willing executioners.”

My question is: when the crisis finally comes, what will Americans do?

I want to be hopeful. I am not a fatalist. I believe that we can all given the opportunity rise to greatness and defend our Constitution, civil liberties, and embody the principles of the Declaration of Independence. It has happened before. But that being said human history, especially the history of the past century shows us that more often than not that most people do not rise to the occasion. Snyder wrote:

In our time that is the most important consideration. With the complete Trumpification of the Republican Party that day is today. he has for all intents and purposes given political cover for his supporters to commit violence on his behalf. The peril is mounting.

2 responses to “The Stuff Of Dictators: More Threats Of Violence From the President”