A Day at Temple Israel: Passover and the Holocaust 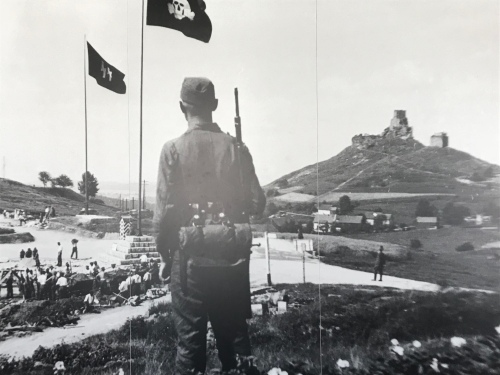 I had the distinct honor today of being a guest speaker at the end of the final Passover service for Norfolk’s Temple Israel Synagogue. They are a Conservative synagogue that is quite active in the community here. I met their Rabbi, Michael Panitz last year at a Navy Exchange Command Diversity Celebration. In the months following we have become friends and as I remain in the area after I retire from the military hopefully become close colleagues in the fight for religious rights as intended by the Bill of Rights.

I spoke on the topic of Bearing Witness in an age where the witnesses to the Holocaust are passing away and Holocaust Denial and anti-Semitism are rising, with a commensurate increase in anti-Semitic and racial base. Even today as we were finishing the service in Norfolk a synagogue in The area of San Diego came under attack by a gunman armed with an AR type assault rifle. He killed one and wounded three worshippers before surrendering to the police. In the hours before his attack the terrorist had published an anti-Jewish and anti-immigrant manifesto.

Truthfully I was worried about something like that happening in Norfolk today, thankfully nothing like that happened, the Norfolk Police had officers stationed at both entrances. I don’t know if anyone in the local area was thinking about or planning anything, but you never know. I was just grateful that nothing happened here.

I have to say that today was most interesting. It was the first time I have attended a Jewish Passover service and despite the fact that I couldn’t understand half or more of the service because it was in Hebrew, I still found it fascinating. In it I could see where Some of or Catholic and other liturgical Christian traditions come from, and I could not help but to reverence the Scrolls of the Talmud as they were processed down the aisles of the sanctuary and taken back to the Tabernacle; the psalms and songs led by the Cantor, scripture readings and prayers, including for the prayers for our ancestors who have died was for me fascinating. Of course through my study of liturgy I knew this, but for the first time to see it was very humbling. As a Christian I could see the debt that we owe to our Jewish brothers and sisters. 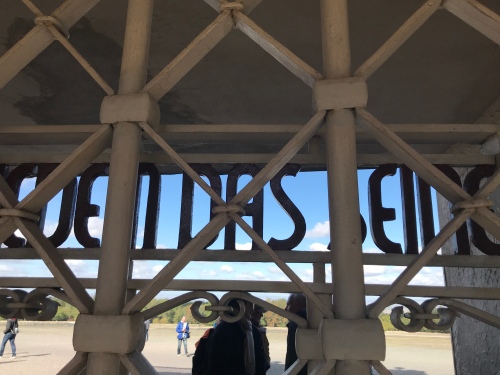 What I talked about was received well, many of the congregation members came up,to me afterwards to thank me and tell me how much they learned and how it affected them. Likewise, they encouraged me to keep teaching, writing, and making pilgrimage to the sites that I have not yet visited.

We live in very dangerous times. We have to heed the words of Yehuda Bauer:

As I mentioned last night this will be part of my post military mission, to teach, to write, and to take people to these places where millions were murdered by the Nazis and their allies.

As Ellie Wiesel noted: “For the dead and the living we must bear witness.”

I must bear witness.

4 responses to “A Day at Temple Israel: Passover and the Holocaust”