Re-Thinking the Unthinkable: When Trump and His Followers Refuse to Give up Power

This is the first article I have written in the wake of the release of the Mueller Report, the actions of Attorney General Barr, and the defiant words of the President and his loyal supporters. 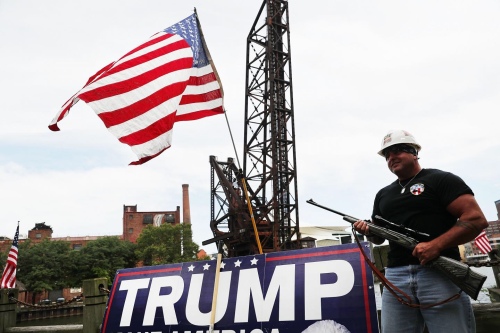 For those that rejoiced in the continued revelations of President Trump’s malfeasance and incompetence hoping that this will soon trigger his removal either by impeachment or the use of the 25th Amendment, including me were wrong.

“be assured that unless something totally unexpected occurs that this will not end soon, nor well.

Donald Trump is a unique creature in American politics, he has succeeded in establishing himself as the center of a political cult that has taken over the Republican Party. Despite his overall approval ratings consistently being below 40% with terrible numbers pertaining to his basic character and trustworthiness, well over 80% of Republicans in every poll continue to support him. They reject any fact that is contrary to what they believe about their leader, and they tend to support the most unconstitutional aspects of his ill-defined political ideology, which more resembles the Nazi Fuhrerprinzip than anything from the American political tradition. They abhor those who raise objections of any kind based on fact so much that they have gone resorted to repeating what they sometimes refer to as alternative facts or alternative truths.

Guided by an uncompromising propaganda network of talk radio and television hosts as well as internet based organizations they have little loyalty to anyone but the President. This mass movement supported by such propaganda is well described by the great American philosopher Eric Hoffer who wrote:

“All mass movements strive, therefore, to interpose a fact-proof screen between the faithful and the realities of the world. They do this by claiming that the ultimate and absolute truth is already embodied in their doctrine and that there is no truth nor certitude outside it. The facts on which the true believer bases his conclusions must not be derived from his experience or observation but from holy writ.”

This is the world of alternative facts, and the prelude to dictatorship if the trend is allowed to continue. Likewise the true believers, those who follow the President as if he were some sort of Messiah intent on destroying the old order and establishing a new will not stand easily aside. Their support for the President is much deeper than normal political attachment, he is an extension of them who gives voice to their innermost fears, passions, and insecurity. They are defiant in their stand against those that he is against. Historian Timothy Snyder wrote of how the language of their leader and his propaganda works in the minds of the followers:

“Victor Klemperer, a literary scholar of Jewish origin, turned his philological training against Nazi propaganda. He noticed how Hitler’s language rejected legitimate opposition: The people always meant some people and not others (the president uses the word in this way), encounters were always struggles (the president says winning), and any attempt by free people to understand the world in a different way was defamation of the leader (or, as the president puts it, libel).”

Thus they cannot be convinced by normal argument or fact. Hoffer noted:

“The leader personifies the certitude of the creed and the defiance and grandeur of power. He articulates and justifies the resentment damned up in the souls of the frustrated. He kindles the vision of a breath-taking future so as to justify the sacrifice of a transitory present. He stages a world of make-believe so indispensable for the realization of self-sacrifice and united action.”

Even when everything comes apart around them and their leader collapses they cannot admit that he was deceiving them. At the end of the war a German soldier told Victor Klemperer that “Hitler has never lied, I believe the Fuhrer.” Snyder writes: “The final mode is misplaced faith. It involves the sort of self-deifying claims the president made when he said that “I alone can solve it” or “I am your voice.” When faith descends from heaven to earth in this way, no room remains for the small truths of our individual discernment and experience. What terrified Klemperer was the way that this transition seemed permanent. Once truth had become oracular rather than factual, evidence was irrelevant.”

The man is not normal, he is not stable, and he knows nothing but conflict. His followers believe in him almost as a Messiah figure who cannot be wrong and must be defended to the last and experience has shown us that some of would resort to violence to silence his critics.

Like Hitler and other despots, he and his most loyal followers see this as a fight to the finish which Trump which he must win or be defeated. It is a zero sum conflict, and I do not expect it to end well, even if Trump is eventually removed by impeachment or the 25th Amendment.” 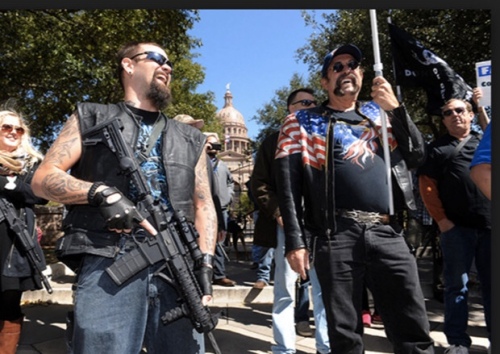 Let us also add losing the 2020 election to that list. With Trump and his followers relentless attacks on Congress, individual political opponents in Congress, presidential candidates, State officials, judges, the FBI and members of the Justice Department, distinguished journalists, entertainers and sports figures, for that matter anyone who speaks the truth or attempts to uphold the law and Constitution; the likelihood that he will not leave office, or will attempt to find a way to secure a permanent way to stay in office. Mind you, there are many ways he could do this, and possibly secure the approval of a majority of Americans.

Many, if not most of his supporters believe that his Presidency is divinely ordained. When people believe that their leaders are backed by God they are capable of great evil. One only has to look to history and the link between religion and political repression to see this.

Timothy Snyder wrote in his book On Tyranny:

“Be calm when the unthinkable arrives. Modern tyranny is terror management. When the terrorist attack comes, remember that authoritarians exploit such events in order to consolidate power. The sudden disaster that requires the end of checks and balances, the dissolution of political parties, the suspension of freedom of expression, the right to a fair trial, and so on, is the oldest trick in the Hitlerian book. DO NOT FALL FOR IT.”

6 responses to “Re-Thinking the Unthinkable: When Trump and His Followers Refuse to Give up Power”