Back Home and Watching the President Crack Up 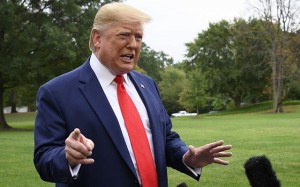 We arrived back home this afternoon and did our unpacking as well as began to work on laundry. We are exhausted but our Papillon babies are happy to see us. It is nice to be home in our own bed. As I mentioned before we really enjoyed our trip to Germany and brief excursion into France. We are so grateful for our German and American friends who we were able to see as well as our neighbors and friends who took care of the puppies and helped us out at home while we were gone.

However much we love being home we have arrived in time to see President Trump melting down in press conferences and publicly asking yet another foreign power to assist him in undermining our domestic legal, Constitutional, and political affairs, which even Fox News legal commentators are saying is illegal and are impeachable offenses. But in spite of that the President is frankly melting down before our eyes, and his most loyal advisors, allies, and followers are digging him and themselves seeping into an abyss of their own making.

Now if this was happening at a time where multinational political and economic systems, and alliances is being tested and the threat of economic recession or depression and major wars threaten it would be so bad. After all, the institutions created after the Second World War stabilized the world, brought down colonial systems, and brought relief and prosperity to peoples whose nations were devastated during the era of the First World War, the Great Depression, and the Fascist and Communist dictatorships which helped bring about the Second World War. All of those international systems are under stress and country after country with democratic traditions are falling prey to leaders who though legally elected are dismantling their nations and becoming dictators. Sadly, many of those leaders are much like the American President.

I am very much worried as the President behaves like a loon, acts criminally and openly admits it, becomes increasingly mentally unstable, while making threats against his political opponents in both the Democratic Party and the GOP.

Truthfully, I am worried about mental health of the President, for his sake, as well as that of the United States and the world. In my nearly sixty years of life and 38 years in the military have I even seen a President lose it like this.

We live in dangerous times, and the President and his enablers are not helping, in fact they are further destabilizing the world by behaving as they do. However, I am tired and need to pass out with Izzy at my head.

3 responses to “Back Home and Watching the President Crack Up”