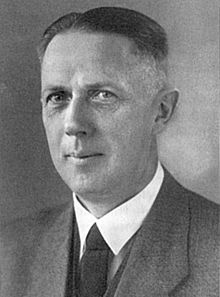 Saint Augustine wrote: “Justice being taken away, then, what are kingdoms but great robberies.”

I saw that quote in relation to Friedrich Kritzinger, a lawyer, and Prussian civil servant who served as State Secretary for the Reich Chancellery during the Third Reich and was a participant at the Wannsee conference. The authors of that article noted something that should serve as a reminder to us: “by working as a lawyer for a regime, which he had known from the start to be criminal, he made himself a stooge.” (Stefan Paul-Jacobs and Lore Kleiber in The Participants: the Men of the Wannsee Conference edited by Hans-Christian Jasch and Christoph Kreutzmüller, p.217)

Kritzinger was not what I would call an evil man. He was a traditional German conservative and Nationalist who agreed with many Nazi policies, albeit not to their extremes. But he also had strong moral and religious convictions that caused him to question and at times attempt to mitigate those policies. He was a member of the Confessing Church which condemned the Nazified faith of Reichsbishof Müller and the German Christian movement, but even many of them were receptive to the nationalism and anti-Communist stances of the Nazis. Otto Dibelius, the General Superintendent of the Confessional Lutherans was a hard line conservative and in 1933 at a service for the new Reichstag: “We have learned from Martin Luther that the Church cannot get in the way of State power when it does what it is called to do. Not even when [the state] becomes hard and ruthless…. When the state carries out its office against those who destroy the foundations of state order, above all against those who destroy honor with vituperative and cruel words that scorn faith and vilify death for the Fatherland, then [the state] is ruling in God’s name!” (Richard Seigman-Gall, the Holy Reich: Nazi Conceptions of Christianity 1933-1945 p.68)

Kritzinger himself did not join the Party until 1938 when he was recruited by Hans Lammers to fill a vacancy in the Reich Chancellery for which Party membership was required. Kritzinger was concerned. He only accepted the job and membership in the when assured that he did not have to be politically active and did not have to hire ardent Nazis for jobs in the Chancellery.

At Wannsee he was the only participant who demonstrated any sense of concern about the Final Solution of the Jewish Problem. After the conference he headed the only agency not to sign off on Reinhard Heydrich’s policies against the Jews. According to some he worked inside the system to try to mitigate the worst aspects of Hitler’s policy decisions. He felt shame for what the regime did. That being said “from 1933 on, Kritzinger held positions of responsibility and colluded in disgusting breeches of law and maintaining the illusion that the Nazi dictatorship was a constitutional state.”

The fact is that the Nazi regime believed that it was a functioning constitutional state and attempted to preserve the illusion of legality and the rule of law. Men like Kritzinger helped them to do just that. In his positions, first at the Ministry of Justice and then at the Reich Chancellery, “was held in high esteem… not as an ideological acolyte of the new leader but as an expert on law. Responsible for matters of state law, he was directly complicit in Nazi atrocities.” This included his legal justification for the Night of the Long Knives.

At the Reich Chancellery Kritzinger made sure that the administrative apparatuses the State functioned smoothly. “The facade of legality helped ensure that the Nazi regime and its crimes were accepted even by its detractors, and their participation in the system thereby facilitated.”

After Wannsee, when Kritzinger began to fully grasp what was happening in regard to the Jews he attempted to resign but his resignation was refused. His boss, Hans Lammers refused and rejected his dismissal with the remark that without Kritzinger things would run even worse. In fact, men like Kritzinger were often able to delay or hinder decisions by not passing along memos as they saw fit. Conversely they could speed decisions by ensure that information reached Hitler.

When questioned after the war Kritzinger stated:

My consultations with Hitler were of course tailored to his mentally. It goes without saying that it would have been insane to say that such and such a decision would adversely affect Jews. One had to phrase it differently, and say that it would trigger serious public unrest. Obviously we could not say anything to Hitler he did not want to hear. Especially when it came to those decisions.

I wonder how many people in the American government and in the upper echelons of the Trump administration justify and equivocate their participation in it just as Kritzinger and others like him did his under the Nazis.