Of Demagogues and Tyrants: The Declaration, the Constitution, and the Current President 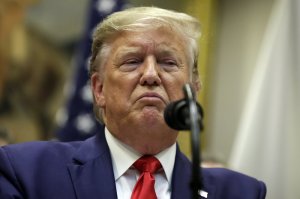 In the Declaration of Independence these words stand out. “A Prince whose character is thus marked by every act which may define a Tyrant, is unfit to be the ruler of a free people.”

I cannot think of an American President who these were more pertinent to, then  Donald Trump. He is the man who Alexander Hamilton warned us in his words and in the Federalist Papers.

“Of those men who have overturned the liberties of republics, the greatest number have begun their career by paying an obsequious court to the people, commencing demagogues and ending tyrants.”

From the beginning of his campaign in 2015 the President has been nothing more than a demagogue, charlatan, and compulsive liar. Additionally, he has shown contempt for the Constitution, the laws, and the institutions of this country in such a myriad of ways it is hard to list them all here; but they include domestic, and foreign affairs which certainly Hamilton and the other Founders believed would eventually happen in our land.

This is all exploding on us now. Those who warned us were derided by Trump’s loyal Army conservative Evangelical Christian supporters, members of White Supremacist groups, and Neo-Nazis; as well as the unofficial, yet official State Propaganda television network, Fox News, and hundreds of right wing television and radio pastors, and other propaganda pundits, many with dubious records of personal and legal conduct.

We are living in a dangerous time. Based on his long history of unfaithfulness to wives, children, employees, investors, and contractors it would be foolish to believe that this President would be faithful to the oath that he took when he was inaugurated as President in 2017.

I am tired and will sign off for the night and continue my series on the Battle of Leyte Gulf tomorrow since I got ahead of myself last night.
So until tomorrow,