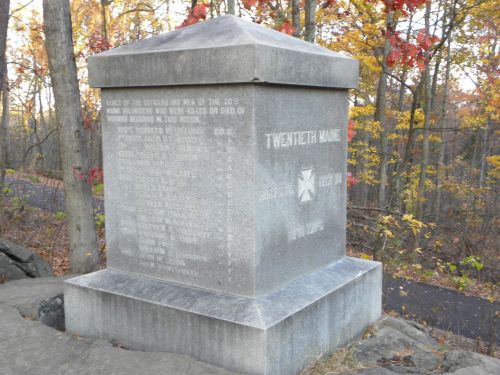 “In great deeds something abides. On great fields something stays. Forms change and pass; bodies disappear, but spirits linger, to consecrate ground for the vision-place of souls. And reverent men and women from afar, and generations that know us not and that we know not of, heart-drawn to see where and by whom great things were suffered and done for them, shall come to this deathless field to ponder and dream; And lo! the shadow of a mighty presence shall wrap them in its bosom, and the power of the vision pass into their souls.” Joshua Chamberlain speaking at the dedication of the Monument to the 20th Maine October 3, 1889, Gettysburg, PA

I took a class trip this weekend to Gettysburg. The trip was what we in the military term as a Staff Ride which is an event that takes the participants to a battle site to see first hand, discuss and analyze the battle. The value of such events is that it takes them from simple book learning to getting a chance to walk the same ground, put “eyes on target” and actually get a feel for what it was like for those that fought the battle.

Gettysburg is one of the more remarkable battles in American history if for nothing else its size and what was at stake. In June of 1863 the Army of Northern Virginia commanded by General Robert E. Lee invaded the North.  Lee’s Army crossed the Potomac River into Maryland and then deep into Pennsylvania pursued by the Federal Army of the Potomac initially commanded by Major General Joe Hooker and then by Major General George Meade.

The armies met in what can be best described in a meeting engagement at the town of Gettysburg. Neither army had planned to fight there but through a series of events both armies entered into a fight that in combination with the defeat of the Confederate Army at Vicksburg Mississippi doomed the Confederacy and ensured that the Union would survive.

Gettysburg is marked by many monuments to units that fought at the battle as well as individuals. The National Park Service does a wonderful job there and is constantly working within the constraints of space, time and the encroachment of more people in the area to restore the battlefield to conditions of the time.

As for the monuments themselves most were placed by States, towns and Veteran’s groups over the last 150 years. Placed with love and admiration by the soldiers of both sides and those who knew them.

Here are some photos that I took of the battlefield this weekend.

Monuments to General’s Burford and Reynolds on McPherson’s Ridge 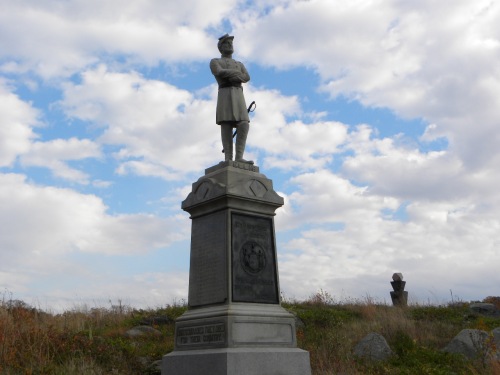 Monument to 148th Pennsylvania at the Wheat Field 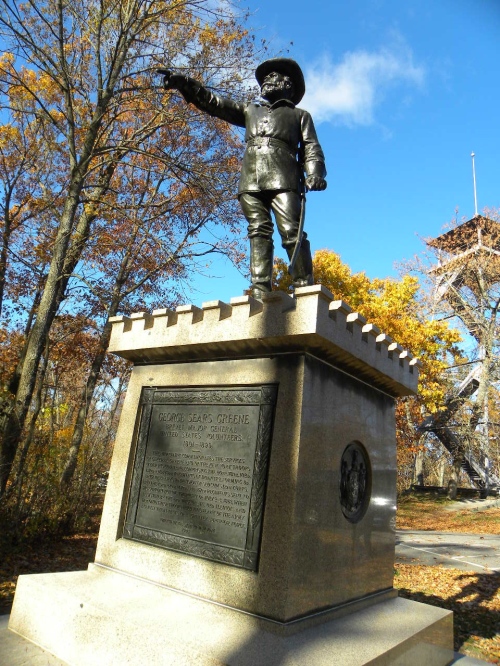 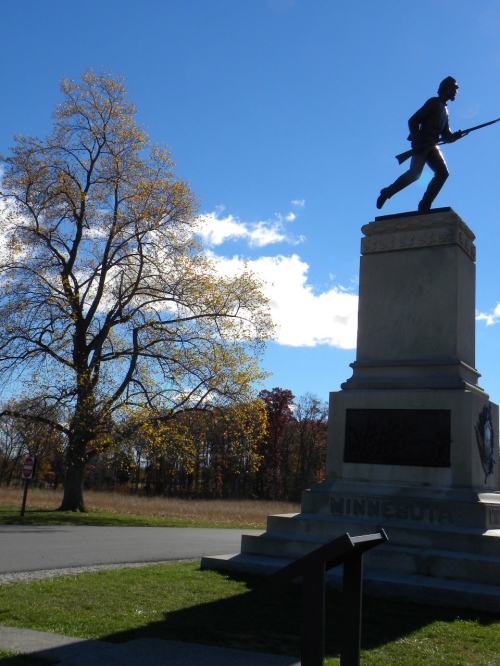 The Copse of Trees, target of Pickett’s Charge 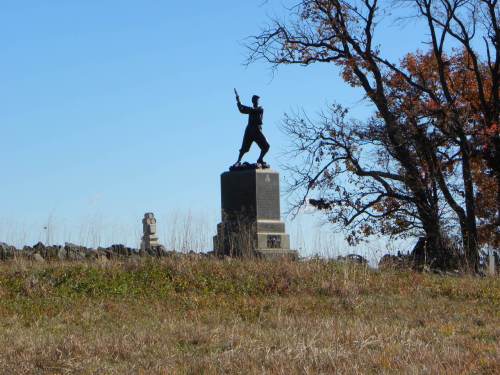 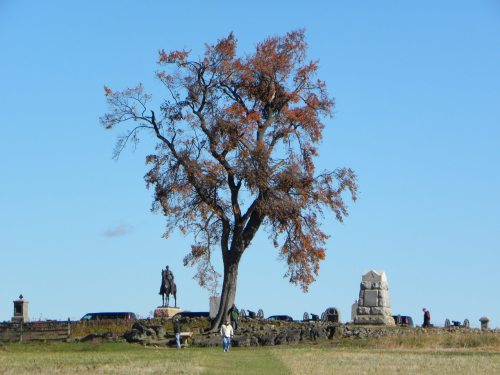 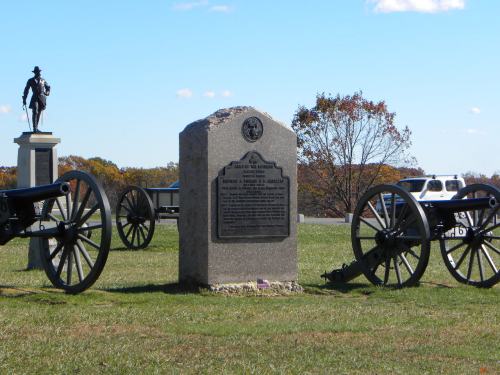 Monuments at the Angle on Cemetery Ridge

In a few short weeks our nation will commemorate the 150th anniversary of President Lincoln’s Gettysburg Address. His words, brief yet eloquent sum up the meaning and symbolism in the monuments that mark this hallowed ground.

Four score and seven years ago our fathers brought forth on this continent, a new nation, conceived in Liberty, and dedicated to the proposition that all men are created equal.

Now we are engaged in a great civil war, testing whether that nation, or any nation so conceived and so dedicated, can long endure. We are met on a great battle-field of that war. We have come to dedicate a portion of that field, as a final resting place for those who here gave their lives that that nation might live. It is altogether fitting and proper that we should do this.

But, in a larger sense, we can not dedicate — we can not consecrate — we can not hallow — this ground. The brave men, living and dead, who struggled here, have consecrated it, far above our poor power to add or detract. The world will little note, nor long remember what we say here, but it can never forget what they did here. It is for us the living, rather, to be dedicated here to the unfinished work which they who fought here have thus far so nobly advanced. It is rather for us to be here dedicated to the great task remaining before us — that from these honored dead we take increased devotion to that cause for which they gave the last full measure of devotion — that we here highly resolve that these dead shall not have died in vain — that this nation, under God, shall have a new birth of freedom — and that government of the people, by the people, for the people, shall not perish from the earth.

That is why these reminders of the past matter so much today.