Lincoln and the Importance of Civilian Leadership

I am posting another section of the first chapter of my Gettysburg text tonight. It is about the importance of civilian leadership in regard to the military and the importance of not just relying on military power to win wars. The American Civil War gives us a good example of civilian leaders who grasped both of these elements of leadership and national power. Of course the article is just a part of a text that goes into a lot more depth on both subjects., but it is a part of the introductory chapter.

I expect that I will be writing about the three latest attacks on the LGBT community by the governors of Texas, Michigan and the legislature of North Carolina which occurred today in the next couple of days. I am doing some more work on my Gettysburg test and the chapter dealing with religion, ideology and politics which dovetail nicely with these events, I just have to put everything together, and I would rather do it right than to do a half-assed job.

Have a great evening, 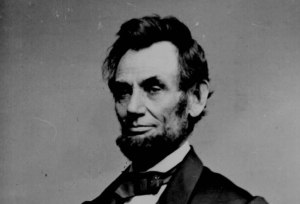 Over time the Union developed what we would now refer to as a “whole of government approach” to the war. This included not only the military instrument but the use of every imaginable means of national power, from the diplomatic, the economic and the informational aspects of the Union in the effort to subdue the Confederacy. The understanding and use of the “whole of government approach” to war and conflict is still a cornerstone of United States military policy in “unified action, to achieve leverage across different domains that will ensure conditions favorable to the U.S. and its allies will endure.” [1]

Over the United States Government and that of the Confederacy sat two men whose backgrounds were widely different, Abraham Lincoln and Jefferson Davis. Lincoln had no real military experience, training or background. Davis, seemed to be a man fully ready based on his background as a West Point graduate, Army officer and Secretary of War to be a wartime commander in chief. However, it was Lincoln who learned how to be an effective wartime leader, while Davis, despite his background floundered in that capacity. James McPherson notes that:

“In all five functions as commander in chief – policy, national strategy, military strategy, operations, and tactics – Lincoln’s conception and performance were dynamic rather than static. He oversaw the evolution of the war from one of limited ends with limited means to be a full-scale effort that destroyed the old Union and built a new and better one on its ashes.” [2]

Not only was Lincoln’s evolution in military affairs remarkable, but he had a far better grasp of people than his prickly Confederate counterpart. “Lincoln was more eloquent than Davis in expressing war aims, more successful in communicating with people, more skillful as a political leader in keeping factions together for the war effort, better able to work with his critics to achieve a common goal. Lincoln was flexible, pragmatic, with a sense of humor to smooth relationships and help him survive the stress of his job.” [3] On the other hand Davis was none of these. He had a hard time getting along with people, as was evidenced by the rate that he went through secretaries of war, five in four years and his bad relations with two of his premier generals, Joseph Johnston and P.T.G. Beauregard. Quarrelsome and disputatious, “Davis seemed to prefer winning an argument to winning the war; Lincoln was happy to lose an argument if it would help win the war.” [4] The example of Davis is ample evidence that just because someone has military experience does not mean that they are able to assume the duties of commander-in-chief.

However, Lincoln’s first Secretary of War, Simon Cameron was incompetent. Under Cameron the War Department lacked direction and within months was engulfed in controversy and charges of corruption and inefficiency. Though he was a skillful politician who “maintained his power base in Pennsylvania through the skillful use of patronage to reward loyalists and punish opponents” [5] Cameron was incompetent corrupt, and he was not equal to the task of managing the rapidly expanding war effort. Congress began to investigate and a number of Cameron’s political allies were found to have made great profits off of war contracts, which public funds had been wasted and the men who had volunteered to serve endangered. Lincoln and Secretary of State William Seward “agreed that Cameron should be removed and that Edwin Stanton – the diligent lawyer who had served as Seward’s window into the late Buchannan administration – would be a good successor.” [6]

Stanton and Lincoln’s relationship went back to an incident where the former, a very powerful and successful lawyer had humiliated Lincoln in Cincinnati before the Reaper lawsuit of 1855 where after a change of venue Stanton got Lincoln kicked off the case. It was an incident that Lincoln found humiliating, and that he vowed never to again return to Cincinnati. That being said, Lincoln had a keen appreciation for Stanton’s abilities. During the final days of the Buchannan administration it was Stanton as attorney general provided the intelligence that “had helped root out traitors and keep Washington safe from capture.” [7] Lincoln removed Cameron and as consolation sent him off to serve as Ambassador to Russia in St. Petersburg rather than humiliating Cameron, who still had a loyal base in Pennsylvania. Cameron’s reputation remained intact until the “House Committee on Contracts published its 1,100-page report in February 1862, detailing the extensive corruption in the War department that led to the purchasing of malfunctioning weapons, diseased horses, and rotten food.” [8] The act humiliated Cameron, and Lincoln took the unusual step of writing a long public letter to Congress to somewhat protect Cameron’s reputation by declaring that he and the entire cabinet “were at least equally responsible with [Cameron] for whatever error, wrong, or fault was committed.” [9] This was the first of many times where Lincoln chose to share the blame rather than further humiliate disgraced members of his administration, and it was a characteristic that

Cameron’s replacement as Secretary of War, Edwin Stanton was an entirely different type of man than Cameron. He was hard driving and ruthless in his pursuit of policies that would win the war. Stanton “drove himself as his staff of undersecretaries with maniacal fury and animation, auditing army contracts, reviewing and digesting military data for Lincoln’s use, intimidating army contractors, barking orders, and banging on his stand-up writing desk to make his point.” [10] Stanton’s brusque and brutally honest nature offended many people, but “he brought efficiency and integrity to the business of war contracts.” [11]

Likewise Stanton forced Union generals to adhere to administration policies, sacking those who were incompetent or recalcitrant and making a key change to the high command by replacing George McClellan as General-in-Chief with Major General Henry Wager Halleck. He also redefined the duties of the office making Halleck an advisor to the administration and liaison with the armies in the field. Halleck was perfectly suited to this position as “there was a need, in a civilian-run republic, fore a reliable and competent organizer who could serve as that kind of liaison  between the civilian leadership at the War Department and the military at the front.” [12] When Lincoln and Stanton brought in Ulysses Grant to serve as General-in Chief in March 1864, Halleck remained in Washington where he continued his staff and liaison work allowing Grant to command the armies in the field.

Stanton tolerated no inefficiency and immediately went to work to clear out corrupt officials and deny office seekers whose only claim to office was the patronage of elected officials or even their families. He denied one such man who came with the recommendation of Mary Todd Lincoln and then paid her a visit. Stanton “told her that “in the midst of a great war for national existence,” his “first duty is to the people,” and his next duty is to protect your husband’s honor, and your own. If he appointed unqualified men simply to return favors, it would “strike as the very root of all confidence.” [13] Mrs. Lincoln agreed and never asked Stanton for such favors again.

The working staff of the Stanton and Halleck’s War Department developed rapidly. Major General Montgomery Meigs served as Quartermaster General and effectively coordinated with railroads, weapons manufacturers and suppliers of clothing, food and other necessities to supply the army and navy so well that Union forces never lacked for what they needed to win the war. Like Stanton, Meigs was incorruptible and unlike Cameron, “a congressional audit could not find so much as one penny unaccounted for in any major contract authorized by Meigs.” [14]

Stanton and Meigs were “aided by the entrepreneurial talent of northern businessmen” which allowed that “the Union developed a superior managerial talent to mobilize and organize the North’s greater resources for victory in the modern industrialized conflict that the Civil War became.” [15] The other two major players in the War department were Commissary General Joseph P. Taylor and Chief of Ordnance James Wolfe Ripley. Neither man had the same talent as Meigs, but both turned into excellent administrators who ensured that Union forces always had ample supplies of provisions, weapons and ammunition.

The Confederacy never achieved anything like this, with the exception of his Chief of Ordnance, Josiah Gorgas the men in charge of ensuring that the Confederate armies had adequate supplies of food, clothing and equipment were inept, incompetent and utterly incapable of running a way.

The understanding of this eternal nature and ever changing character of war to leaders of nations as well as military commanders and planners has been very important throughout history. It can be seen in the ways that Jefferson Davis and Abraham Lincoln conducted the war. Lincoln, though he did not have the previous military experience of Davis, was the better learner and leader who came to understand the nature of modern war, including its logistic, political and diplomatic, and social-cultural contexts. 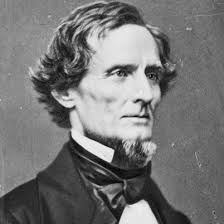 The contrast between Lincoln and Davis “directs attention to the difficulties of translating political judgment into effective warmaking.” [16] As such military leaders, understanding their relationship with the civil government should be the people to advise and instruct policy makers in aligning their policies to what is actually feasible based on the ends ways and means, as well as the strengths and limitations of the military to carry out policy decisions. History reminds us “that policymakers committed strongly to their political desires are not easily deflected by military advice of a kind that they do not want to hear.” [17] Too many times in history military leaders for many reasons have failed to raise their voice and to speak unpleasant truths regarding what is possible and what is not, often with catastrophic results for their nations. Likewise political leaders bent upon their own goals, even those goals that are at odds with their nation’s interests can ensure that their nation ends up on the ash heap up history.

Mine Eyes Have Seen the Glory
It Is What It Is